New Faces in the Academic Staff of KHAS Architecture Department 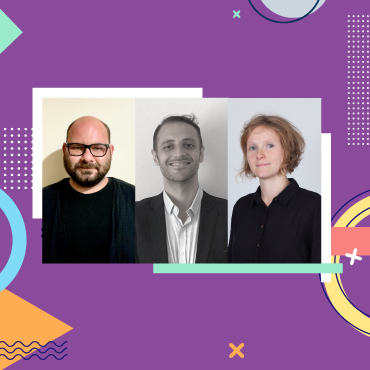 New names are joining to KHAS Department of Architecture in the new academic year. We are happy to introduce our colleagues to you.

Aytek Alkaya received a BSc degree in Architecture at Istanbul Okan University in 2013. He completed the Architectural and Urban Studies master’s program at the University of Brighton in 2015, an interdisciplinary environment where architecture, urban design, and cultural geography intersect. His master’s thesis is about the walking experience in public spaces that gated communities had shaped. He currently works on his PhD thesis about urban mobility and walking experience in highway spaces. He has instructed various classes in Architecture and Urban-Regional Planning departments in several institutions since 2015.

He is interested in urban mechanisms, street design, politics of space and its effects on public places, spatial experience, mobility, representation, qualitative analyses. He approaches design classes also as research platforms to investigate these subjects with students.

Ertunç Hünkar graduated from the Izmir University of Economics, Department of Architecture, in 2014, where he gained a basketball scholarship. During his education, he took part in many national and international workshops and an honorable mention in the international competition named “gURROO: A New Generation of Innovative Minds.” He participated in the first phase of his graduation project in 2014. The same project was exhibited in the “2nd Istanbul Architecture and Art Biennial” and published on many international websites. “Micro Manifesto: Floating Activity Piers” project was designed and produced with Gudjon Thor Erlendsson and İyi Ofis to be exhibited in the “2nd Istanbul Biennial on Architecture and Art in the summer of 2014. He came in second in the “2014 World Cities Day Competition” collaborated by the United Nations Habitat and The Guardian. He completed the “Advanced Architectural Design” master’s program, which he started in 2014, at the Izmir University of Economics, where he received a portfolio scholarship.

Ertunç Hünkar continued his career in various fields during his graduate education. He completed his master’s degree in 2016 and continued his studies in an engineering and consultancy company in Istanbul to decipher complex geometries and prepare them for production. Ertunç, who has been at the academy from the autumn of 2016 to 2020, has taught architectural design studios, architectural geometry, and computational design at various universities, including Istanbul Bilgi University and Izmir University of Economics. The Roccamonfina Tourist Pavilion project, designed and produced by an Italian team, was published in Archdaily in 2017. He took part in coordinating the computation-based basic design studio project “Carpace”, which was exhibited at the 2018 Venice Architecture Biennale. In 2018, the workshop of Navigation on Fluid Ground, of which he was an executive, was selected for the 2018 architectural yearbook organized by Arkitera. Since 2020 he has been directing Informative Digital Crafts, a platform that aims to teach computational design skills. As a professional in the industry, he creates algorithms that accelerate the design processes as a consultant to international architecture companies, including Cityförster & B+H Architects.

Tania Feldzer, who has a Master’s degree in architecture from Paris Descartes School of Architecture and an urban planning Master’s degree from Paris Sorbonne University, works on ecological architecture and sustainable development. She gained experience in offices such as Chile Elemental (Do tank, 2008 Biennale Platinum award), L35 (Madrid Stadium winner), and GMAA (Geneva high energy performance patent holder). She established the KAO collective architecture office in 2011 and has been in Istanbul since 2013. She taught at various universities in Istanbul.