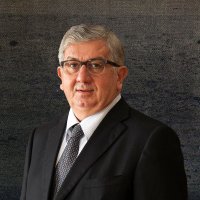 Dr. Levent Bıçakcı was born in Ankara in 1953. After completing his high school education at the Istanbul Boys High School, Bıçakcı entered the Law Faculty of Istanbul University and graduated in 1976. Following his graduation, he continued his career as a research assistant at the Civil Law Department of this faculty from 1976 to 1984. During this period, he conducted doctoral research at Köln University on a DAAD scholarship granted by the Federal Republic of Germany. He received his Ph.D. from the Law Faculty of Istanbul University in 1984. In addition to his academic work, Bıçakçı has been practicing law as a member of the Istanbul Bar Association and continues to be the executive director of the Dr. Levent Bıçakçı Law Firm.

Bıçakcı has carried his work in sports administration to the academic sphere and has taken an active role in the organizing of the Football Law Education Program jointly organized by UEFA with Kadir Has University, Rey Juan Carlos University and Padua University. He continues to be the director of this program. Dr. Levent Bıçakcı has also taken an active role from its inception in the work of the Kadir Has University Sports Research Center, which has carried out important studies in the field of sports law, and continues to serve as the chairman of the Advisory Board of the Center.

Bıçakçı has been a member of the Board of Trustees of both Kadir Has University and the Kadir Has Foundation since their establishment. He is also a Board Member of the Galatasaray Sports Club and a member of the Istanbul Boys High School Foundation. Bıçakcı, who speaks English and German, is married with one daughter.