Time to Play in the City! 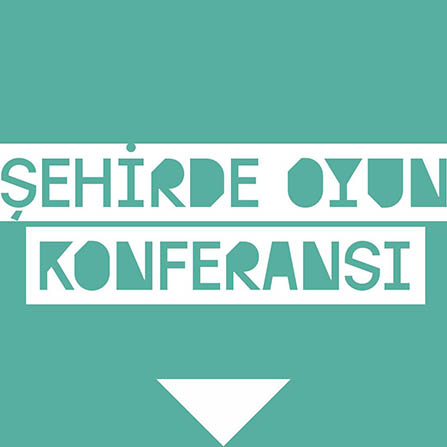 Istanbul95 Urban Playspaces Conference will take place at Kadir Has University on September 21-22. The event, which focuses on children’s urban experiences and play opportunities, brings together a large number of speakers from the world of arts, politics, architecture and academia. This event is an invitation to see the city through the eyes of young children and is free of charge and open to public.

7 September 2018 - Istanbul – Istanbul95 Urban Playspaces Conference on the importance of play for children in cities will be held on September 21-22nd at Kadir Has University. The conference organized by Studio-X Istanbul, the urban laboratory of  Columbia University’s Graduate School of Architecture Planning and Preservation invites everyone to look at Istanbul from the eyes of young children who make up more than one million of the city’s population. The event, which aims to raise public awareness about early childhood during which 85% of the human brain develops, will bring together a large number of speakers from the world of arts, politics, architecture and academia. Istanbul95 Urban Playspaces Conference will free of charge and open to public.

Speakers of the conference include world renowned names such as 8-80 Cities founder and president of the World Urban Parks Gil Penalosa; Alexandra Lange, a Curbed author, architecture and design critic; Damon Rich, designer and founder of the Center for Urban Pedagogy; Elger Blitz, founder of Carve that designed the playground at Zorlu Center; Tim Gill, the founder of Rethinking Childhood, and former director of Play England.

Istanbul95 Program, is led by Bernard van Leer Foundation, Boğaziçi University, Kadir Has University, TESEV, Superpool and Studio-X Istanbul in partnership with Beyoğlu, Maltepe, Sarıyer and Sultanbeyli Municipalities. This pilot program will last for two years and aims to explore the benefits of seeing Istanbul from 95 cm, the height of a healthy 3 year-old child, and engage with the local authorities on how to accomplish best practices for supporting young children and their families. Urban playspaces inclusive for 0-3-year-old children and their families is an important focus within the Istanbul95 program.

The Bernard Van Leer Foundation is a Netherlands-based non-governmental organization with the goal of "increasing opportunities for socially and economically disadvantaged children". So far, the foundation has supported various organizations and institutions working on early childhood in over 50 countries. Besides its global efforts the foundation has investments in countries like Brazil, Ivory Coast, India, Netherlands and Turkey.

The Foundation has cooperated with universities, non-governmental organizations, companies, local, central and federal governments to support various research, communication and implementation projects for young children and their families. Bernard van Leer Foundation has been operating in Turkey since 1994.

Founded as an initiative of Columbia University’s Graduate School of Architecture Planning and Preservation in Istanbul following a number of other major cities across the world, Studio-X Istanbul aims to identify the current and future issues facing the city and seeks to generate innovative forms of thinking for their solutions. To this end, Studio-X creates a new platform to enable information and knowledge exchange among experts, universities, civil society organizations and local governance. Studio-X Istanbul, sponsored by Borusan Holding, works in collaboration with Columbia Global Centers | Turkey.