Two teams from the Advertising Workshop at KHAS ranked first among 40 teams and 8 finalists at ADventure Advertising Competition organized by the Business and Economy Club at Boğaziçi University.

During this competition sponsored by Johnson&Johnson, our students seized a chance of doing internship at the sponsor company and, putting into practice their ideas.

We congratulate our students and, wish them a continued success. 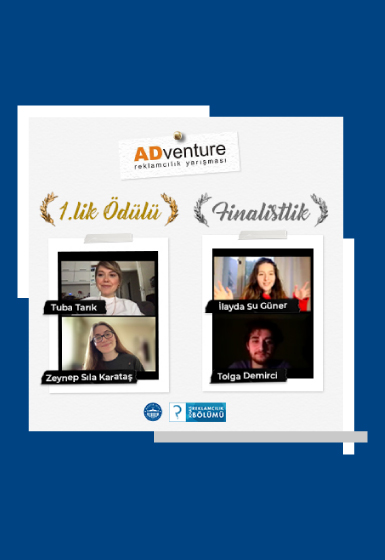