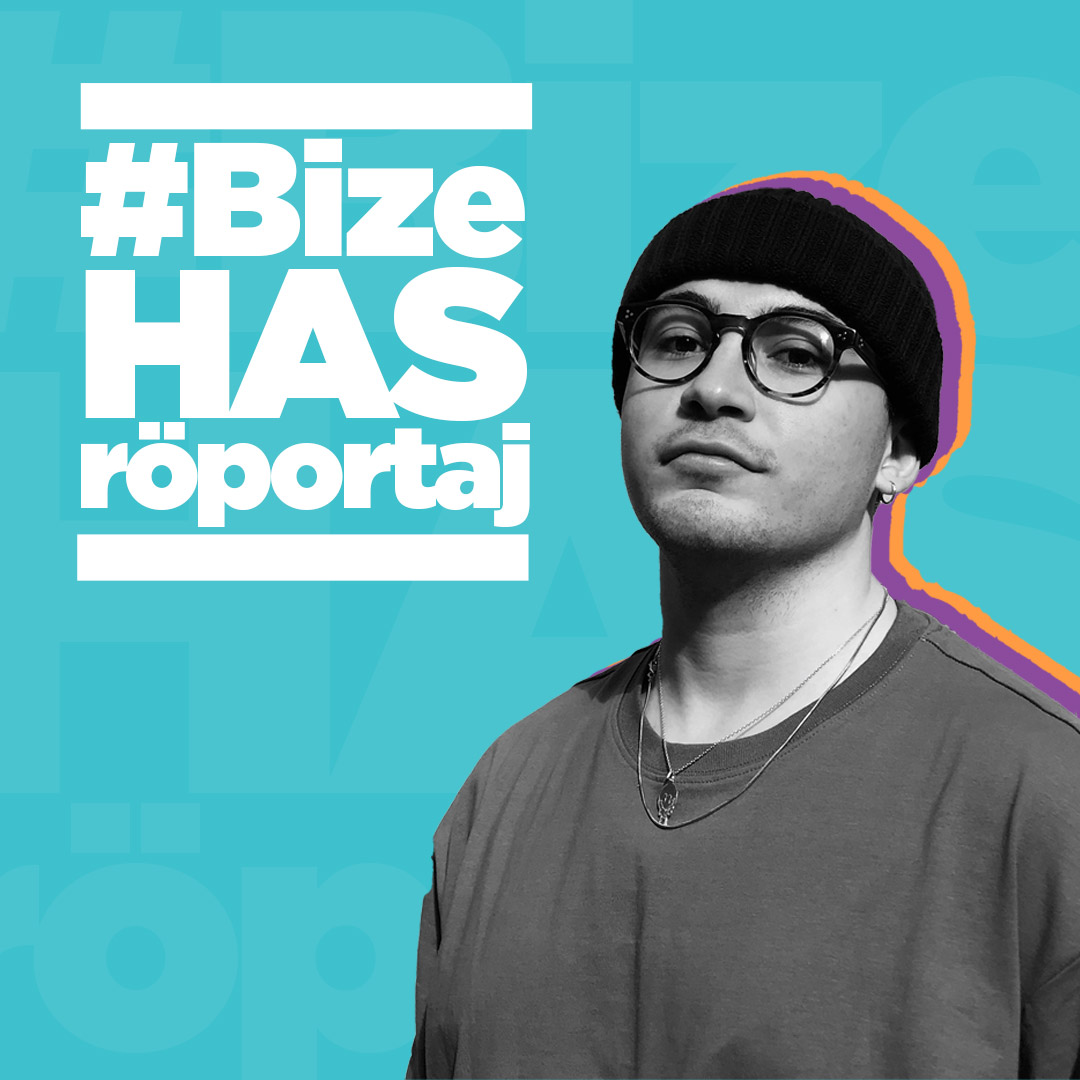 Alp Eren Tekin, one of our senior students in the Department of Visual Communication Design, has been entitled to receive the “Certificate of Typographic Excellence” reward among 1600 applications from 57 countries in the 67th TDC Communication Design contest, with his series of posters titled “Independent Wednesday” that he designed for our cinema club SineHas.

Stating his admiration for the shifting and converting power of visual communication, Alp Eren advises the young people who want to study in this field to make plenty of designs without thinking that their creativity is restricted specifically in this period when we’re forced to stay at our homes.

You’ll graduate from the Department of Visual Communication Design this year. What can you tell about your studentship at Kadir Has University and the education you received?

In 2016, I got into the Department of Visual Communication Design at Kadir Has University as the first choice in my list of applications, after being ranked 358th in Turkey in LYS TS-2. As I was interested in graphic design since middle school and high school thanks to my father, I knew why I wanted to study in this department. Due to the “Success Scholarship” and “Accommodation Scholarship” provided to me by Kadir Has University for my success in the exam, I started my academic life with a high level of motivation and maintained it throughout my study time.

First of all, I traveled 897 km by visiting 6 countries of Europe within one month with a close friend of mine during the summer following the one-year English preparatory school education. I started my undergraduate study in Visual Communication Design after this beautiful journey where I met numerous great people and had great experiences. The courses I took in the first year were a precursor of what four years in KHAS were about to bring in. My dear instructors, Assoc. Prof. Levent Soysal, Assoc. Prof. Eser Selen and Bora Başkan will be the first names to remember from my academic life due to what I’ve learned in their courses.

Following a 3-months internship experience in Greece during the summer after the first year, I’ve been to Wiesbaden (Germany) for seven months as part of the Erasmus program in the spring semester of the second year. Unlike my previous experience in foreign countries, the Germany adventure has been a completely different experience for me as I spent a long time abroad for the first time, studied, and also made money by working. I continued my studies online due to the COVID-19 pandemic, which emerged in March 2020, when I got back to Istanbul for the third year.

I’d like to thank a million times all my instructors who contributed to my academic life, particularly the late Mr. Kadir Has for the beautiful experiences and memories I had during the time I spent at KHAS.

How did your department shape your design perspective?

As an admirer of the movements, changes, and shifts generated by design, specifically visual design around the world, I dreamt of being a part of this visual creation process since I was a child. This path, which I started pursuing with small drawings, has become the occupation I want to practice professionally after turning into a passion and a way of expressing myself. I started paying more attention to what digital visual design can offer me as well as the field of conventional printed graphic design after the perspective I gained during my fundamental design courses in the department.

I had the opportunity to practice the theoretical information I learned since my first year at university by doing an internship at Fol Studio founded by Volkan Ölmez, who is also one of my instructors, and go through new experiences in the design creation process. As my area of interest is more focused on dynamic visual design, the design processes have also turned into an endless and colorful journey of quest and re-expressing myself in unique ways.

What do you recommend for students intended to study in the field of Visual Communication Design?

Even if people think that their creativity is restrained during the pandemic, I believe otherwise. I recommend them to create designs in their areas of interest, produce yet always be interested in other areas of the visual design, and thus improve themselves in an interdisciplinary way during this period that we stay at home, and travel amply as soon as the pandemic is over.

How did you start the design that allowed you to receive the “Certificate of Typographic Excellence” in the TDC Communication Design Competition and be the youngest designer from Turkey to receive this reward, and how did you reflect your idea into your work?

I was granted this award with the series of posters that I prepared for the display of the “Independent Wednesday” selection, consisting of 7 different movies from the world cinema in November-December 2019 by the SineHas Cinema Club Community. Combining poster design, typography, and dynamic graphic design that attracted me most in that period with the area of animation, and presenting it in both digital and printed media was the main idea leading to this design. I created the series by using the dynamic typographic design that I prepared for “Independent Wednesday” as a frame leading to the movie in every poster. I created the form of movements of the letters as an independently moving form in 7 different styles for 7 movies by referring to the word “independent”.

Did you previously have works that received awards? What kind of driving force do the rewards you receive provide for your next works?

I received my first award during my academic time in 2019 with the dynamic storefront design that I prepared for Camekân Design Project organized through the collaboration of İKSV Alt Kat, Istanbul Design Biennial, and the Graphic Designers Professional Organisation (GMK). Displayed in the front window of the İKSV Alt Kat: Learning and Interaction Space on the first floor of the Nejat Eczacıbaşı Building at Şişhane throughout March 2019, this design was an installation built on the actions of seeing and being seen.

The design that I named “Etraf” (Surround) consisted of the design of an eye animation placed within a storefront covered by black vinyl. The underlying idea originated from these words said by John Berger on the act of seeing: “We find our place in the world that surrounds us by seeing. People only see what they look at. Once we see something, then we realize that we can be seen.” In a word, I wanted to say that “design” surrounds and monitors us even if we can’t realize it in the rush of our daily lives.

In November 2019, I was granted The Best Student Project award with my “Brewder Craft Brewery” series design in the 38th Graphic Design Exhibit by GMK. The series, which I designed as a semester project for the VCD-201 course taught by Esin Nalbantoğlu consisted of completely imaginary 4 different craft beer designs that reflect the spirit and magical history of Istanbul, which is one of the most peculiar cities in the world.

Every success and award during my academic life and subsequent career motivates me to go for the next challenge. I think the fact that my designs are confirmed by various design authorities both within and outside the country and granted rewards shows that I’m good at what I do and on the right track.

Following your undergraduate study, which points do you want to achieve during your journey in the field of design, and which area you want to specialize in?

While my undergraduate study isn’t over yet, I was offered a position by the Turkish fashion brand “Les Benjamins” and started working as a designer for this brand in December 2020. In contrast to the typography, poster design, dynamic image design in which I was very interested at the beginning of my design journey, I’m currently in the fashion sector. What’s interesting here is that what you design can be worn by people. I can also experience each of my areas of interest (typography, poster design, dynamic image design) with what I design for the fashion sector. 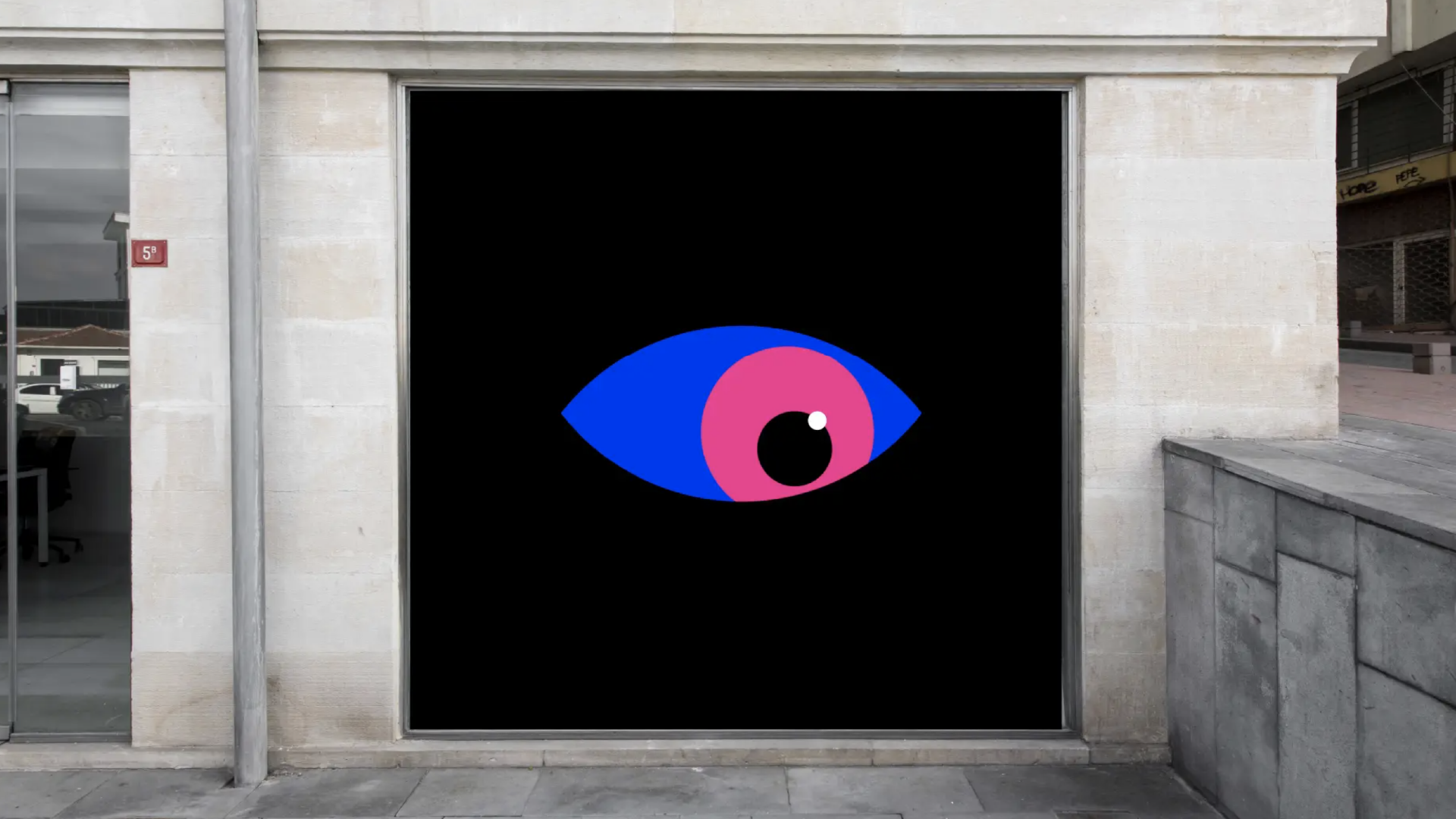 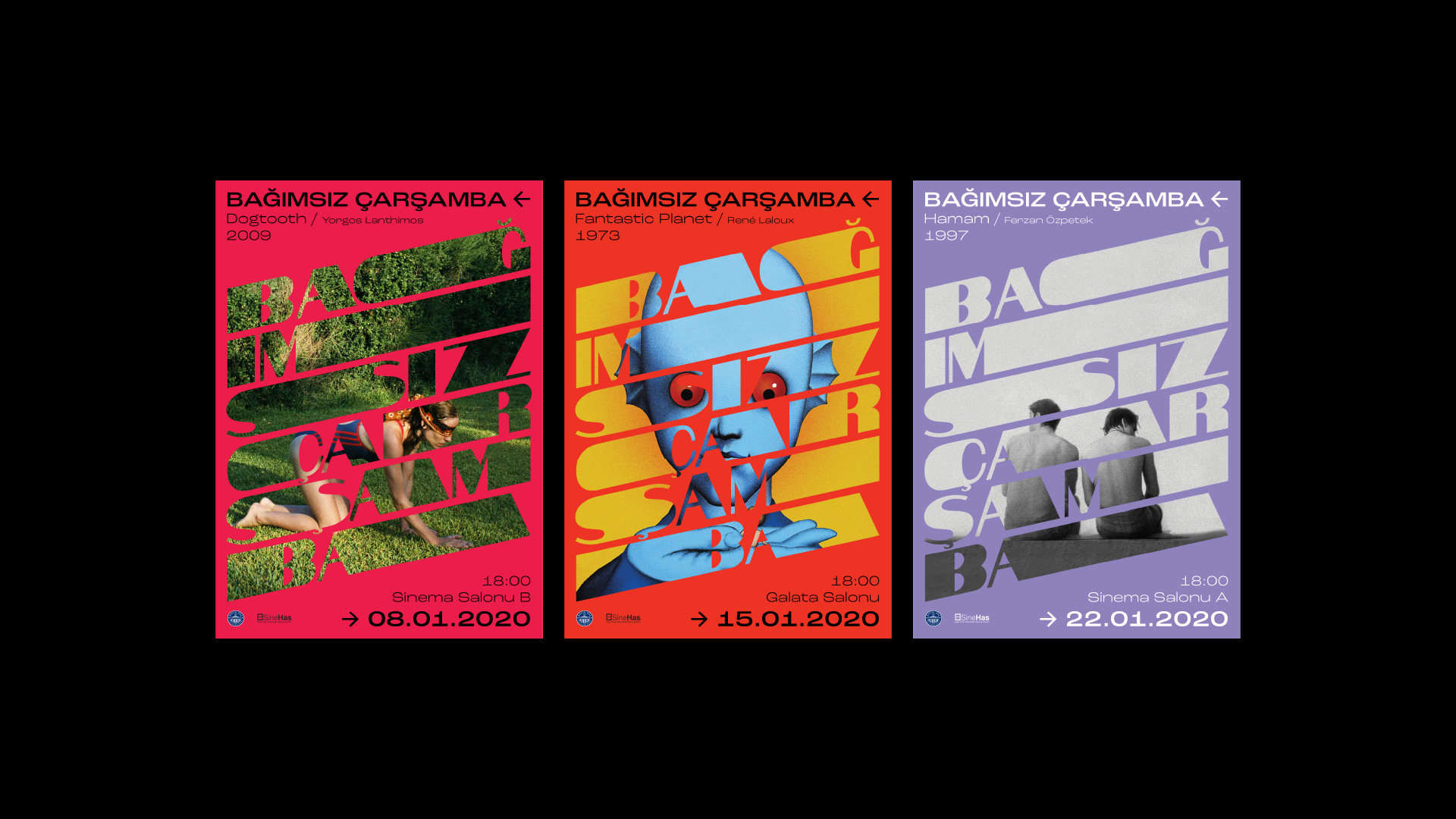 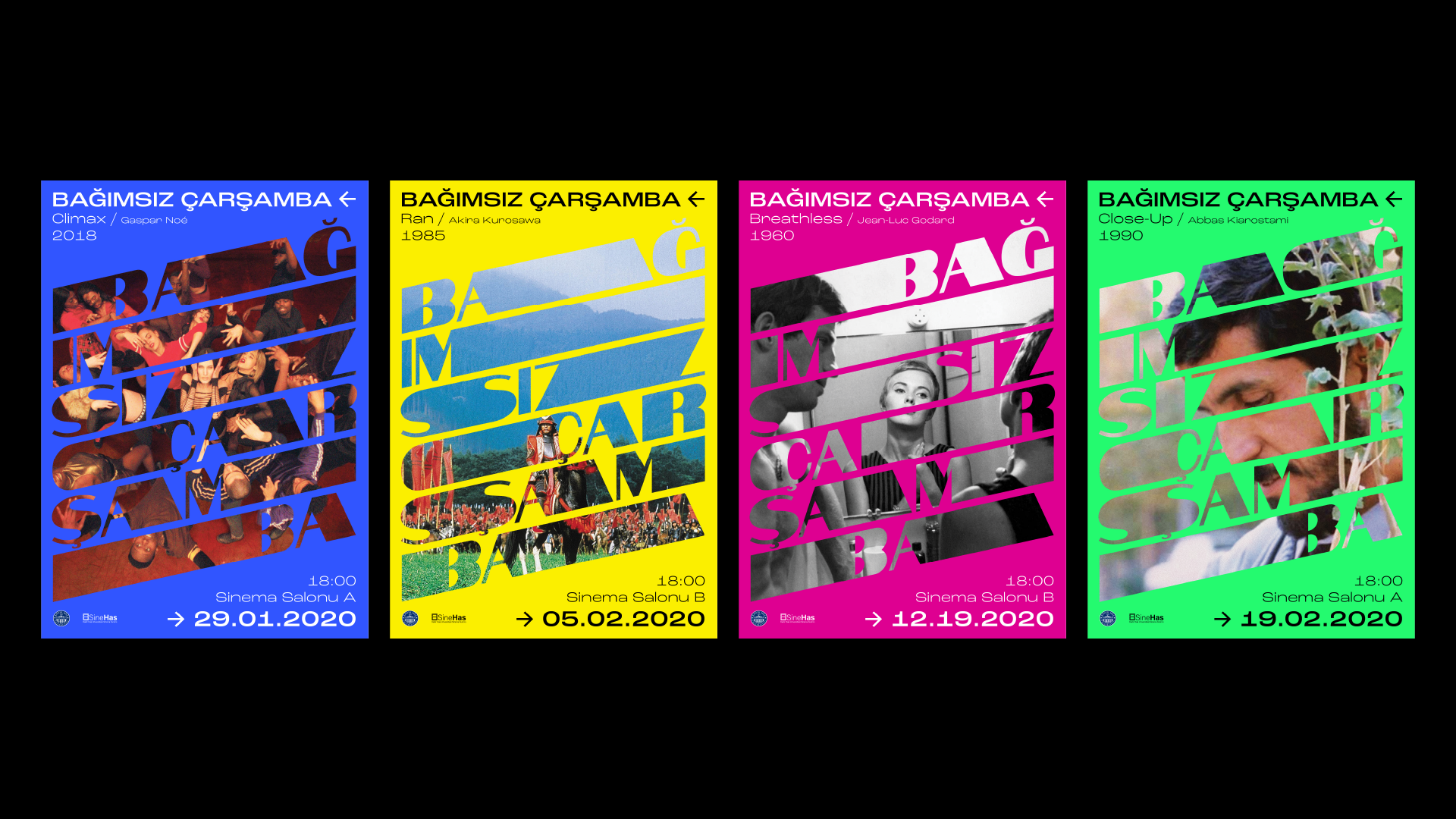 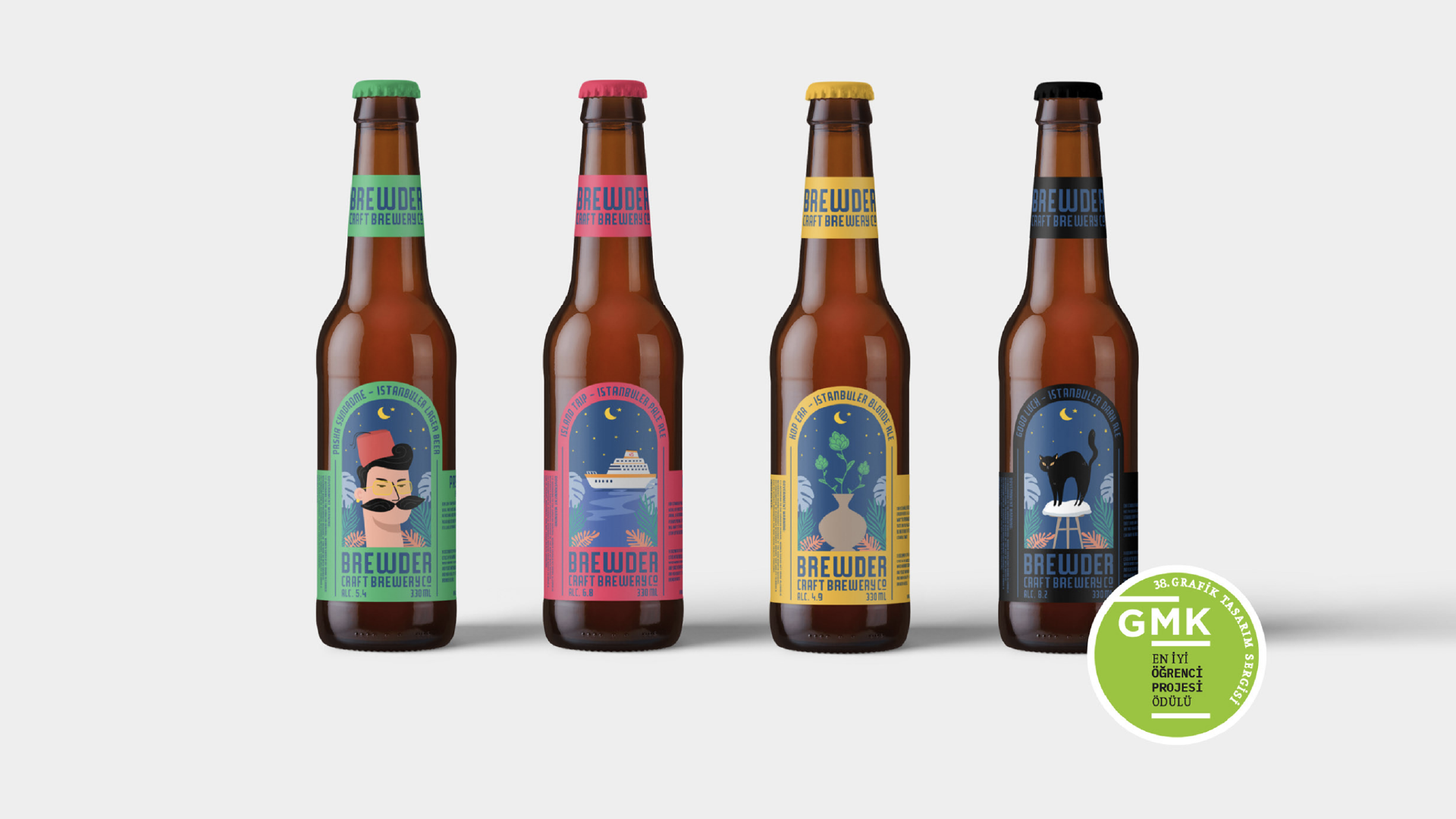