Turkey as a Partner and Challenge for European Security

The key researchers of the project are:

The current state of play in EU-Turkey relations reflects the state of the international order. While the de jure framework for relations between the EU and Turkey is the Accession Process whereby Turkey has been a candidate for accession to the European Union since 2005 (although its candidature remains frozen), the transactional state of the world order over the last few years, as well as economic, social and political crises within a number of European states, have led to a significant crisis in trust between Turkey, the EU and its member states. Consequently, relations are embedded in the domestic contexts of both Turkey and the EU.

There are also systemic factors at play that over time have complicated the relationship: Turkey has been implementing more autonomous foreign and security policies with its 'self-help' doctrine, whereas the EU has been propounding the need to be more geopolitical at a time when key member states have either called for a strategic partnership with Turkey or a revamping of the accession process. Hence, the issue of Turkey as both a partner and a challenge for European security is an acute one.

There is a growing divergence at a moment when the security agenda and challenges are accelerating. From the impact of Brexit to increased migration flows, the unresolved Cyprus issue, Eastern Mediterranean hydrocarbons, the delimitation of maritime boundaries in both the Eastern Mediterranean and the Aegean, the civil wars in Libya and Syria and their ramifications, divergent approaches to dealing with Russia and to a functional relationship between the EU and NATO-the security context is wide, varied and in need of cooperative policies and mechanisms. Thus, the current project brings together experts in foreign policy, security, the EU and Turkey with policy experience, a record of academic excellence and a history of collaborative efforts to address the topic at hand from the perspectives of the EU, Turkey and Greece-a mid-sized EU member state with a geography directly adjoining Turkey.

Turkey as a partner and a challenge for European Security: EU-Turkey Relations in the Aftermath of the 25 March European Council

Turkey as a partner and challenge for European Security: research seminar on EU-Turkey Relations and the Impact of Brexit & Exploring the Turkey-EU-Russia Triangle 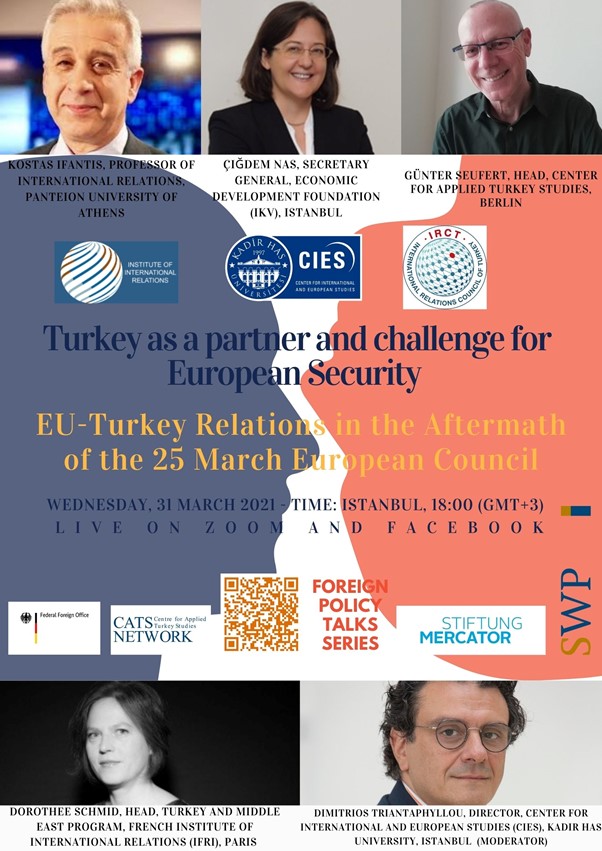 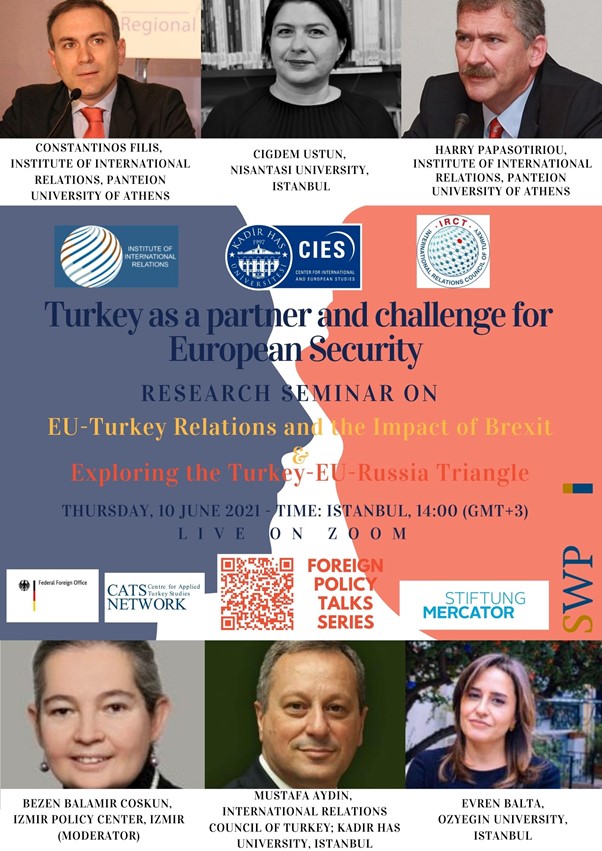 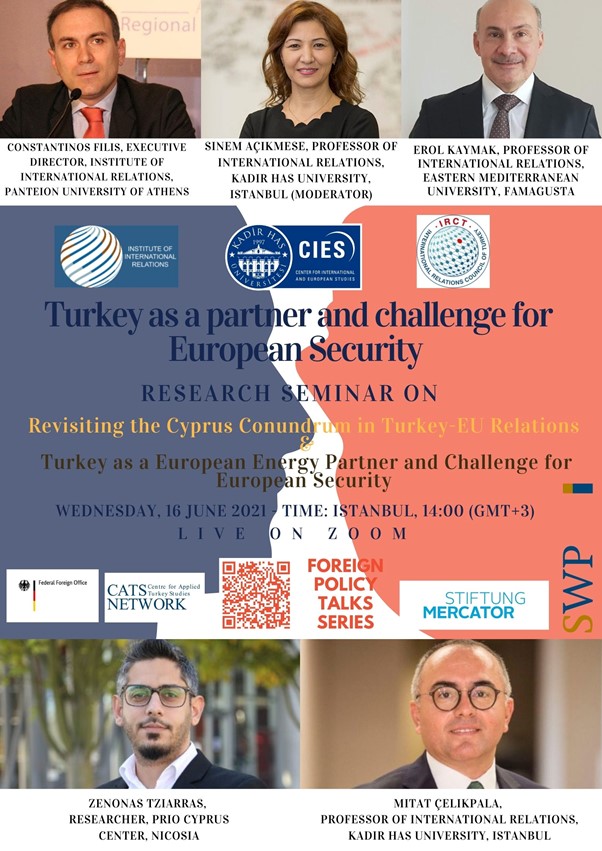