The Taksim Square Project No.15, with Prof. Dr. Murat Güvenç in the team, reached the finals 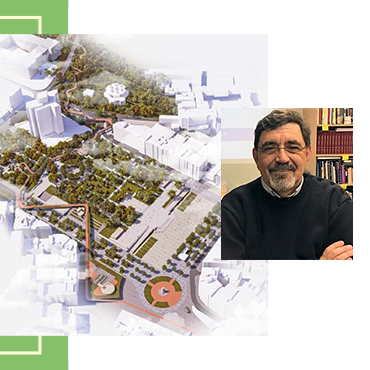 The “Taksim Urban Design Competition”, which is a joint project by Istanbul Metropolitan Municipality (IBB) and Istanbul Planning Agency (IPA) is finalized. The project called the ‘Taksim Collective No.15’, with Prof. Dr. Murat Güvenç in the team, is among the last 3 teams that made it to the finals.

The “Taksim Urban Design Competition” organized with the cooperation of the Istanbul Planning Agency and IBB Head of Department of Cultural Property is finalized and after determination of the top 3 projects, they were made subject to a referendum as of 19 October. The project called ‘Taksim Collective No.15’, with Prof. Dr. Murat Güvenç who is a faculty member at Kadir Has University under the Department of Political Science and Public Administration as well as Head of Istanbul Studies Center (ISC) in the project team, is also among the top equivalent projects that are put for a referendum. The project team also includes Şerif Süveydan, Burcu Sevinç Yılmaz, Rıfat Yılmaz, Süleyman Yıldız, Sezer Bahtiyar and Herman Salm.

The ‘Project No.15 - Taksim Collective’ team describes its own project as follows: “We aimed to transform Taksim Square into a meeting point which can meet various demands, through its integration with Gezi Park.

The two axes located in the direction of Atatürk Culture Center and the Cumhuriyet Boulevard were transformed into comfortable walking paths and recreational areas which are surrounded by trees in order to strengthen the location of the Cumhuriyet (Republic) Statute in the square. Thus, reinforcement by these two axes of the square was ensured. For a more active use of Gezi Park, we will help the park to regain its two properties that it has lost in time. The pedestrian bridge suggested in our project, on top of the Gezi Park, revives memories of the terraces having the view of the Bosphorus, and at the same time connects Gezi Park to the Maçka Park through creating a link between the cultural venues such as Atatürk Culture Center and Atatürk Library. Therefore, we intend to provide the Square and the Gezi Park with a new perspective. Another advantage that the pedestrian bridge brings along will be the new connection to be formed between Gezi Park & Taksim and Maçka & Nişantaşı in a manner to balance the burden caused lately by the tourism sector.

We recommended an amphitheater for events to be held and a soffit to support the circular central square surrounding the Monument located at the entrance of Talimhane. Another new connection was planned at the same place, which provides daylight with the bus stops that are located underground.

Tram is one of the significant symbols of Taksim. We aim to extend the tram route, which currently ends around the Monument, in a manner to go around the Gezi Park, and therefore to reinforce the connection between the Gezi Park and Taksim.

On the other hand, participation by the public is a significant part of our project. Now, this participation is not just a desire anymore and we indeed took concrete action by providing a program definition for the Taksim Collective.

We intend to gain the highest benefit from Taksim with the least interference possible without dragging Taksim into another long-term construction process. We will ensure this transformation without any disruption to Taksim’s daily life, through a gradual manufacturing process.”

The introductory video for the project called ‘Taksim Collective No.15’:
146 applications were submitted for the design competition that was organized for Taksim Square with the collaboration of the Istanbul Planning Agency and IBB Head of Department of Cultural Property.

To participate in the referendum, please visit the following web address and vote: https://istanbulsenin.org/ 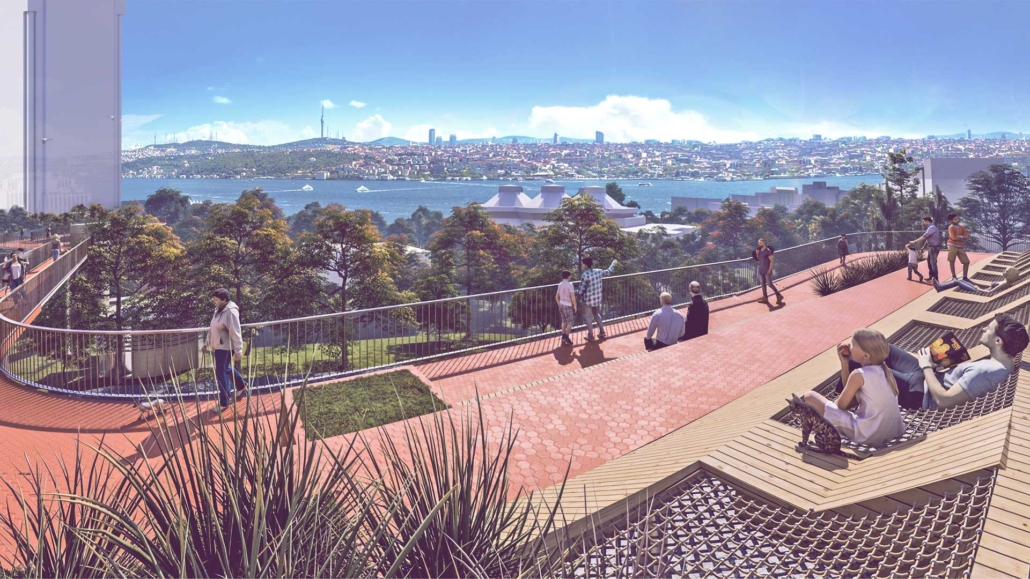 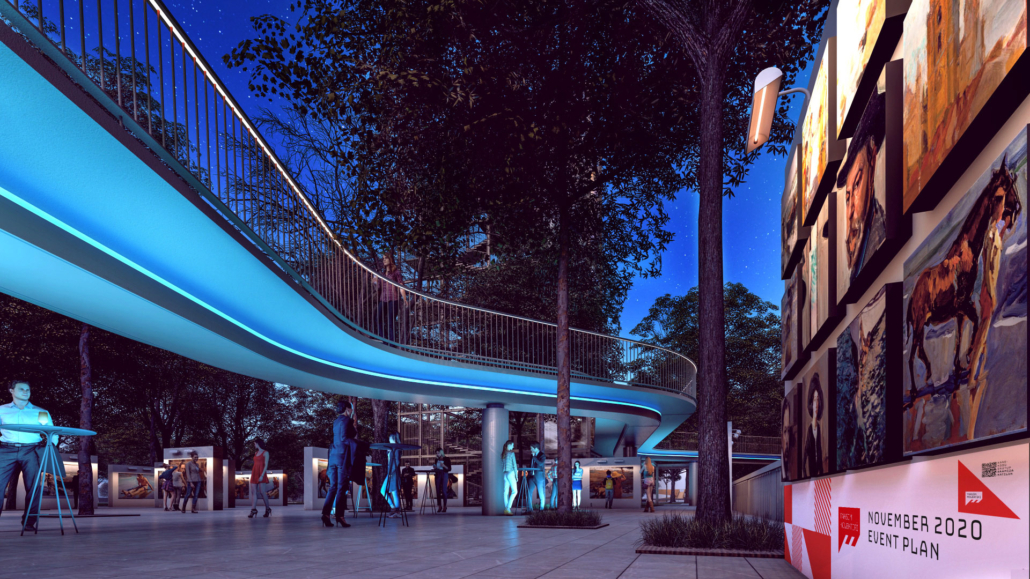 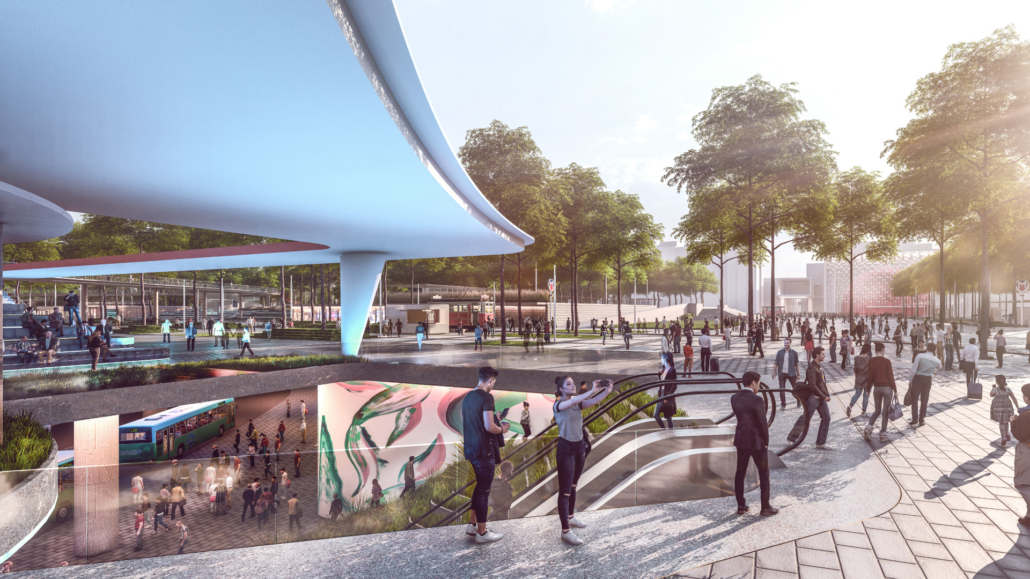 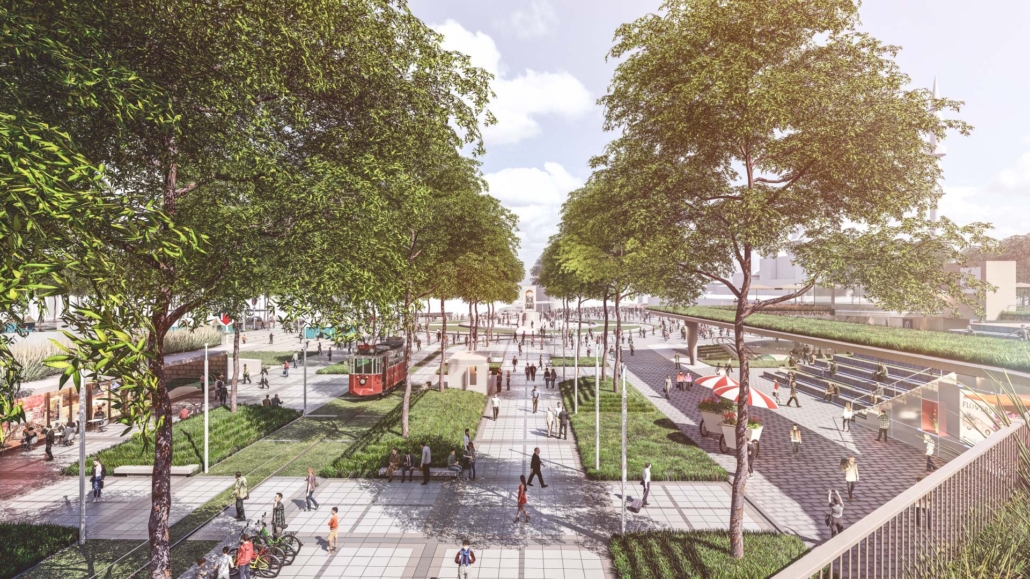 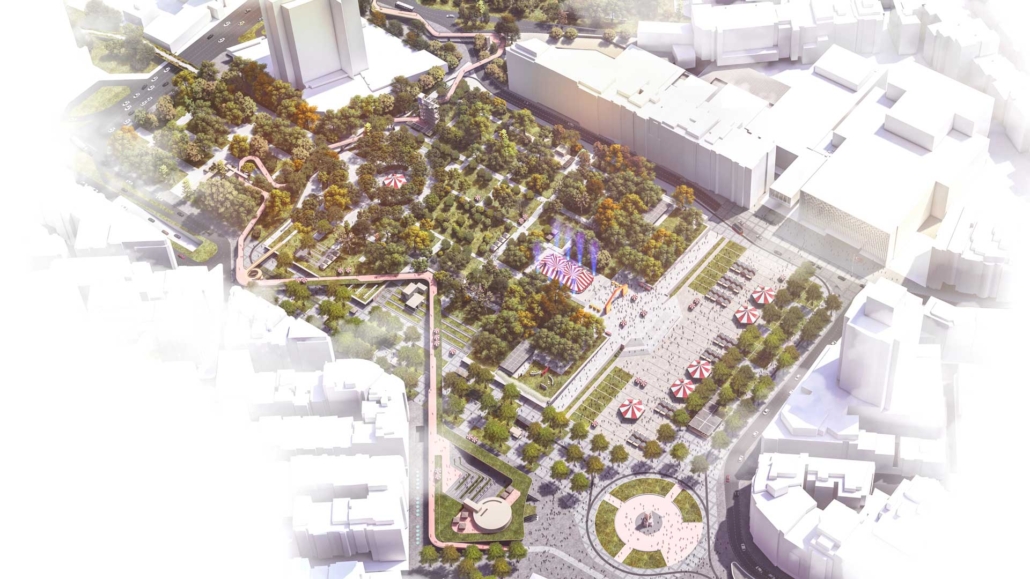 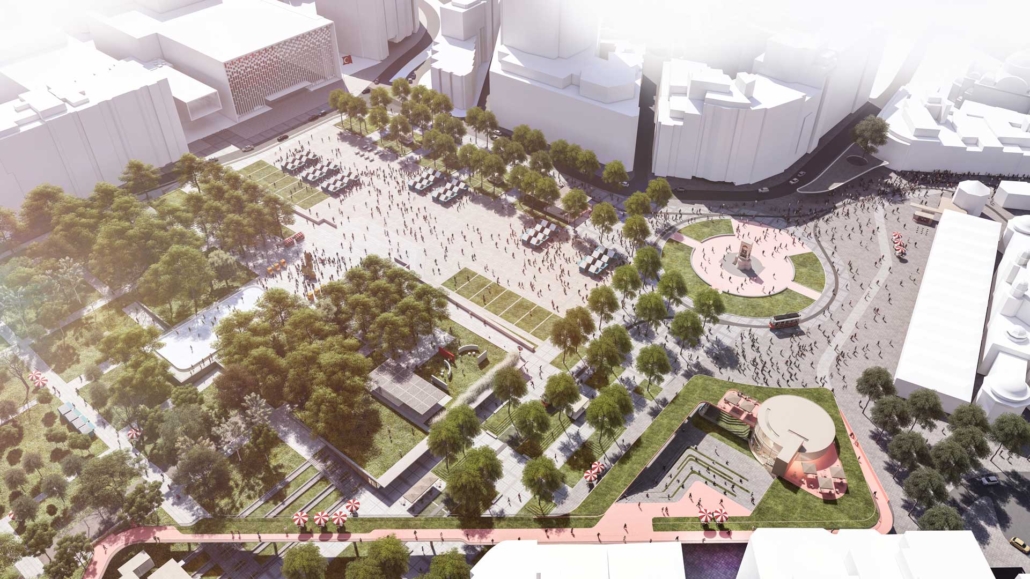 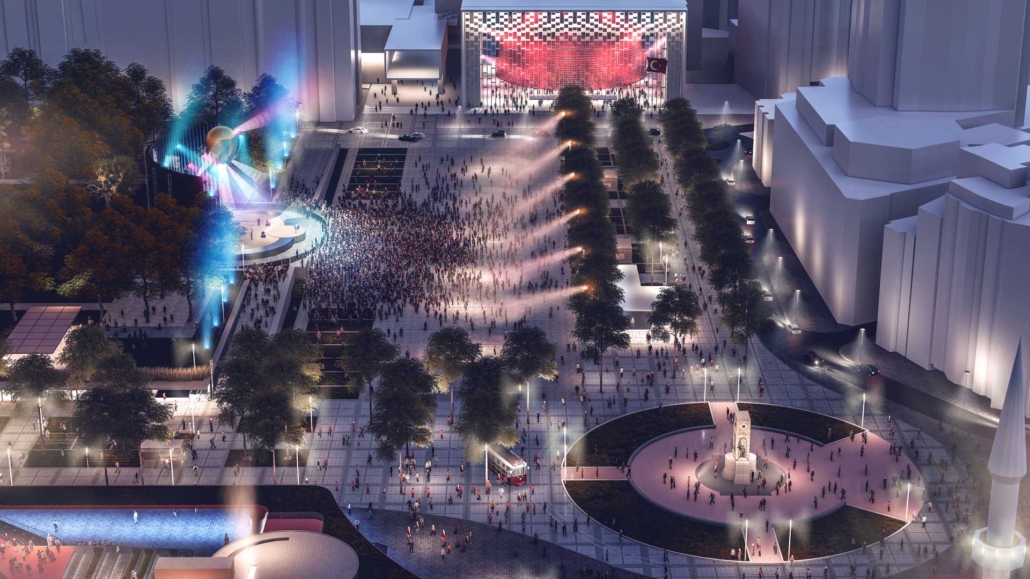 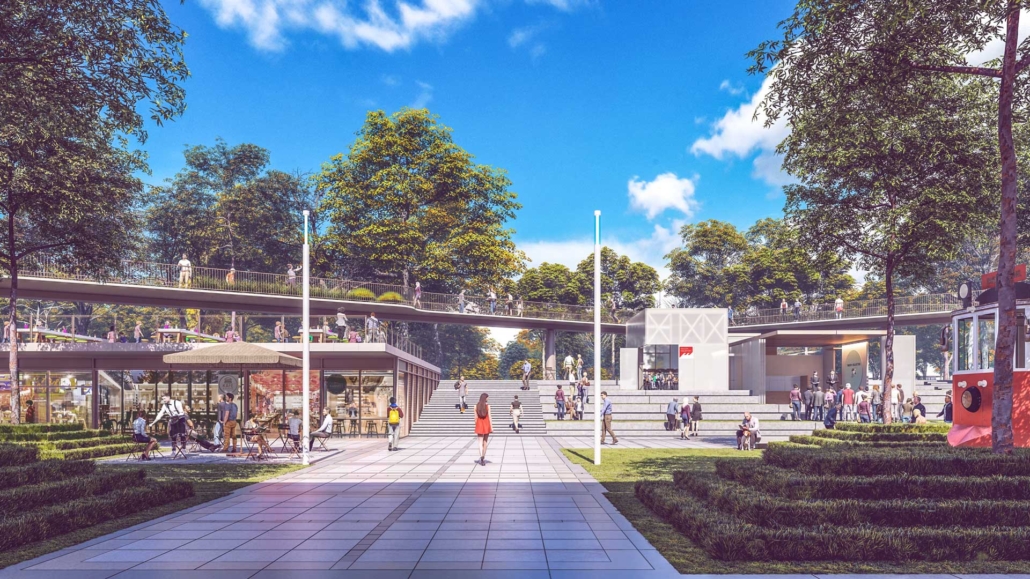 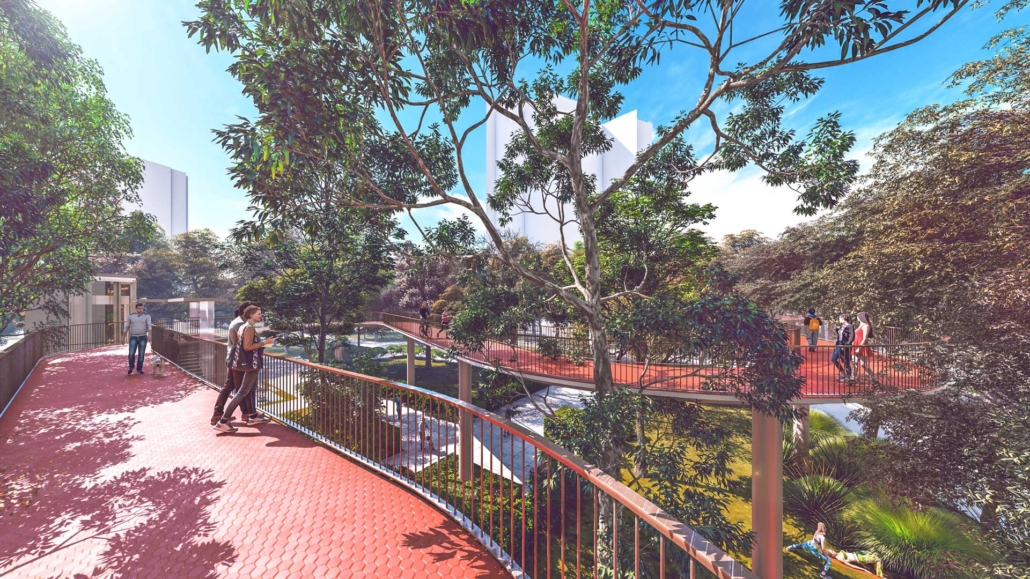