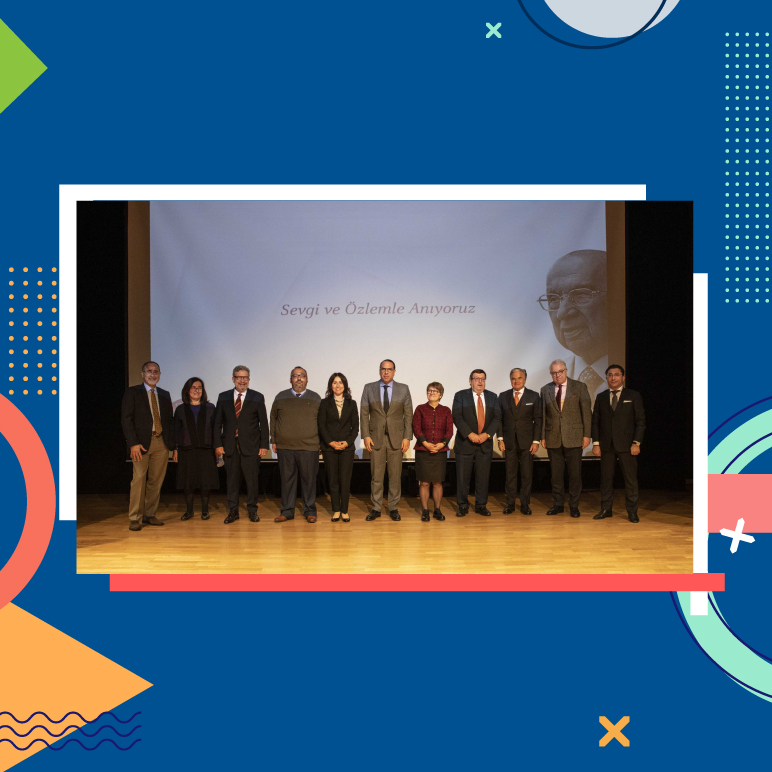 Given annually by Kadir Has University in order to honor the memory of the late Kadir Has, the founder of the university and a philanthropist businessman, the Kadir Has Awards were presented to the winners at a ceremony held on March 22.

During the ceremony of the 17th Kadir Has Awards, the scientists, who have gained great achievements in the field of Infectious Diseases and Immunology, and contributed to the research conducted therein, were given the “Outstanding Achievement” and “Promising Scientist” awards.

The ceremony of the Kadir Has Awards, which aims to introduce the esteemed scientists of our country with national and international success, and their respective institutions that have helped improve society,

took place on March 22, 2022, Tuesday. Organized as part of the commemoration program held at the university’s central campus in Cibali, the 17th Kadir Has Awards were given to the winners on the 15th anniversary of the passing of Kadir Has, the founder of Kadir Has University and one of the distinguished philanthropists of our country.

This year, the scientists, who have achieved great success in the field of Infectious Diseases and Immunology, a multidisciplinary branch of science that has developed very rapidly thanks to the advancing technologies and new techniques, and contributed to the research conducted therein, were presented the “Outstanding Achievement” and “Promising Scientist” awards.

During the ceremony of the 17th Kadir Has Awards, the “Outstanding Achievement Award” was given to Prof. Dr. Moshe Arditi, who has made significant contributions to the development of the science of infection and immunology for 25 years.  Prof. Arditi was given this award for his significant achievements and scientific works published on prestigious academic journals of biology and medicine in a wide area that includes but is not limited to cardiovascular diseases, atherosclerosis and Kawasaki Disease as well as the COVID-19 virus and the impact of this virus on the immune system during the last two years by means of conducting research on infection and immune system, pathogen and host interaction, and the functions of cells that create innate and acquired immunity, and connecting the research areas of infection and molecular immunology.

The “Promising Scientist Awards” were given to two distinguished scientists Dr. Billur Akkaya and Dr. Münir Akkaya.  Dr. Billur Akkaya was given this award for her experimental studies at cellular and molecular levels on how T cells, which play an essential role on the response of the immune system to infections, autoimmune diseases and cancer, and which are considered an efficient target for the treatments of these diseases, are neutralized by regulatory T cells.  Dr. Münir Akkaya was given this award for his experimental studies at cellular, molecular and metabolic levels on how the immune response are reprogrammed by various microbial factors during infectious diseases and, how this process affects the communication between natural and acquired immune elements.

Moshe Arditi obtained his medical degree from Cerrahpaşa Faculty of Medicine in 1981 and moved to the United States to work at Yale University School of Medicine as a researcher between 1981-83. Arditi obtained his residency training in Pediatrics at the University of Chicago, and after completing his fellowship training in Pediatric Infectious Diseases at Northwestern University between 1986-1991, he worked as an Assistant Professor (1991-94) and Associate Professor (1994-1998) at the University of Southern California's Los Angeles Children's Hospital (USC-CHLA).  Prof. Arditi transitioned to the University of California Los Angeles (UCLA) in 1998 and Cedars-Sinai Medical Center (CSMC, 2002) as a Professor and the Director of Pediatrics Infectious Diseases and Immunology Division, and since 2011, he has been appointed as the Executive Vice-Chair in the Department of Pediatrics for Research and the founding Director of Infectious & Immunologic Disorders Research Center (IIDRC) at UCLA-CSMC.

In 2014, Prof. Dr. Moshe Arditi was selected to become a member of the Association of American Physicians (AAP), founded by William Osler. And in 2019 he received the "Pioneer of Medicine" award in Cedars-Sinai Medical Center. In 2021, he was selected to become a member of the Science Academy in Turkey His research that are conducted in a very wide range of disciplines include but are not limited to infection and immune system, innate and adaptive immunity, pathogen and host interaction and especially their effect on cardiovascular diseases, Kawasaki Disease and during the last two years COVID-19 virus.  Prof Arditi’s research and significant innovations in these areas have been supported by the US National Institutes of Health (NIH), and he continues to contribute to the advancement of the fields of infection, biology and immunology with 177 original publications and near 22,000 citations at top-tier academic and medical journals.

Dr. Billur Akkaya has studied T cell biology for more than 10 years on a range of subjects including modulation of the PD-1 pathway in T cells, T cell metabolism and mechanisms of immune regulation by regulatory T cells (Tregs). Her research has been deemed worthy of recognition by prestigious awards such as NIH Fellows Award of Research Excellence, American Association of Immunology Thermofisher Trainee Achievement Award, International Cytokine and Interferon Society Sydney and Joan Pestka Award for Excellence in Cytokine and Interferon Research. Her current project is considered worthy of the New Innovators Award from National Institute of Allergy and Infectious Diseases and, project support funding accordingly. Dr. Akkaya and her team are studying on the molecular foundations of autoimmune diseases and the working principles of T cells.

DR. MÜNİR AKKAYA FOCUSES ON BIOLOGY OF B CELLS

Dr. Münir Akkaya received his MD degree at the Department of Medicine (taught in English), Hacettepe University in 2007 and D. Phil (PhD) degree from the University of Oxford in 2012. Focusing on the regulation of immune responses through interactions of the CD200R family of leukocyte surface molecules during his doctorate thesis, Dr. Akkaya studied on B cell biology and immunometabolism at the US National Institutes of Health (NIH) he went to for his postdoctoral education. His research at NIH characterized novel mechanisms through which microbial signaling can influence B cell survival and differentiation. In addition to his research on B cell biology, he studied on host-pathogen interactions in the context of Plasmodium infections in malaria.

During his undergraduate education, he was awarded with a Scholarship of Honor from Scientific and Technological Research Council of Turkey and a Merit Scholarship from Hacettepe University; his doctorate education was funded by Medical Research Council of the United Kingdom. Dr. Akkaya is a recipient of Milstein Young Investigator Award from International Cytokine and Interferon Society, ThermoFisher Trainee Achievement award from American Association of Immunologists and Fellows Award for Research Excellence from NIH and Dr. Benvenuto Pernis Memorial Junior Trainee award from FASEB. He is currently working as an assistant professor at the Ohio State University.

Can Has, the Chairman of the Board of Trustees, highlighted that that these awards that support the efforts of our scientists who contribute to humanity, nature, and the future of life, honor the memory of Turkey’s education volunteer Kadir Has and, that the works of our award-winning scientists also contributed to the works of research, science, art and culture generated at Kadir Has University, which is celebrating its 25th anniversary this year. Highlighting that scientists made it possible for us to fight the pandemic that has been affecting the whole world for the past two years, Mr. Can underlined that the works of immunologists were especially important during this struggle.

During his speech, the President of Kadir Has Foundation, Nuri Has highlighted that Kadir Has University has made significant contributions to the advancement of higher education and science, which are as important as a strong economy, democracy, human rights, women’s rights, freedom of expression, secularism, culture, and arts for Turkey for more than a quarter century. Extending his thanks to the academics of Kadir Has University, who have determinedly worked and achieved great academic success even under the pandemic conditions, the young academics, who were awarded within the Science Academy Young Scientists Research Program, all the administrators and members of the faculties, who have motivated students to become significant stakeholders of the research ecosystem created at the university, Nuri Has congratulated the scientists who were awarded this year on behalf of all the scientists who have been working hard to ensure we could maintain our lives in good health under the threat of the pandemic.

Kadir Has University President Prof. Dr. Sondan Durukanoğlu Feyiz started her words with a quote from a speech she made when she took office four years ago: “Our task is to design new education models going beyond the traditional education models. Kadir Has University will focus on research and develop these education models”. Stating that they set off with this ideal, Prof. Sondan Durukanoğlu Feyiz underlined that the New Education Model, one of a kind in Turkey and shown as an example to the world, has a strong foundation.

Prof. Durukanoğlu Feyiz stated that there had been an important transformation in the field of English Preparatory Program at Kadir Has University, and significant achievements had been made in the Core Program and Project-Based Education, which are the two pillars of the undergraduate education. She has underlined that; bold steps had been taken to transform the research ecosystem at the university into a model that supports all the undergraduate and graduate students and academics. Emphasizing that significant progresses had been made at Kadir Has University to become a research-based university, Prof. Durukanoğlu Feyiz has extended her thanks to scientists and healthcare professionals who made it possible to continue these efforts uninterruptedly and congratulated the scientists who received the awards.

17th KADİR HAS AWARDS EVALUATION BOARD (*) 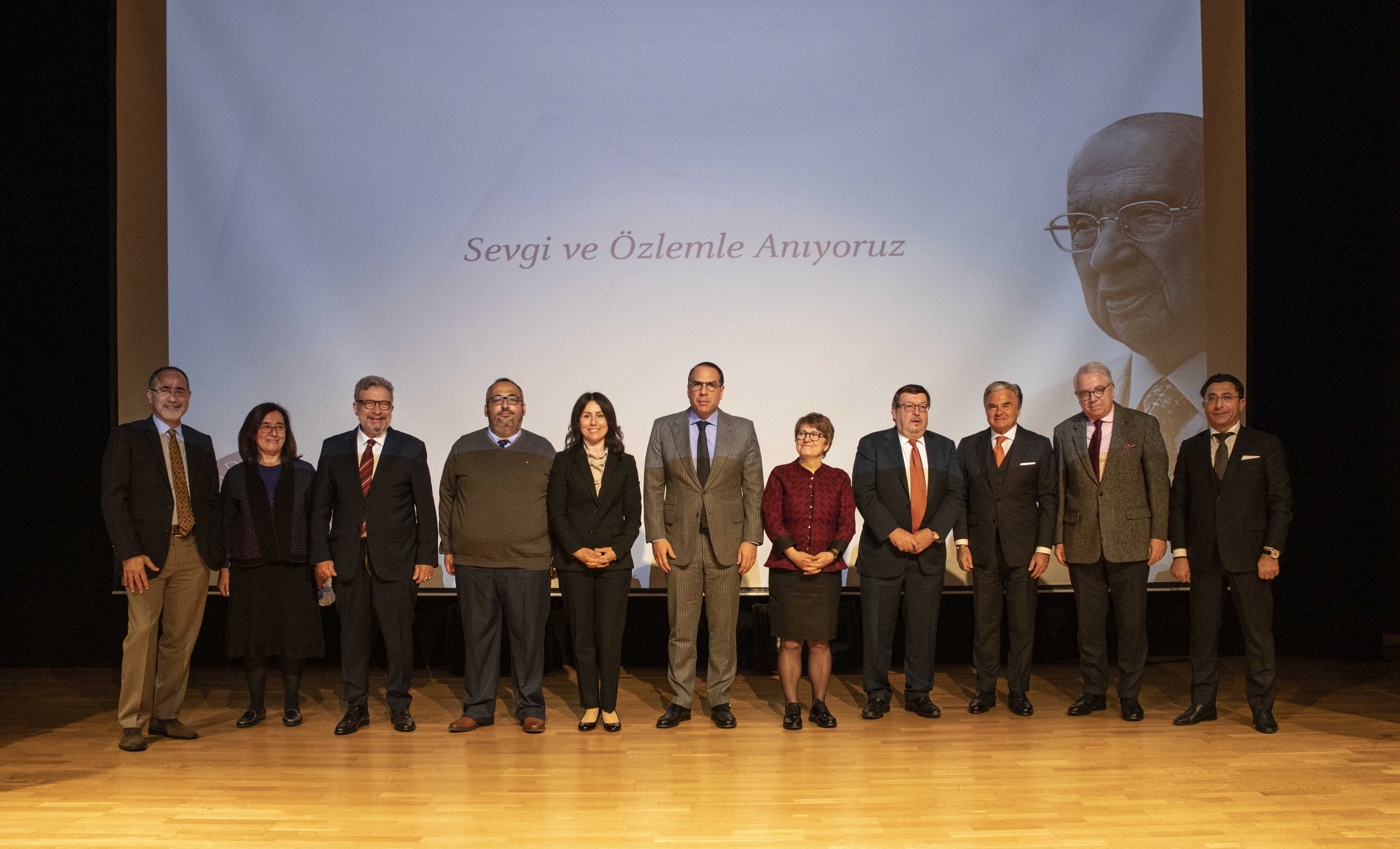 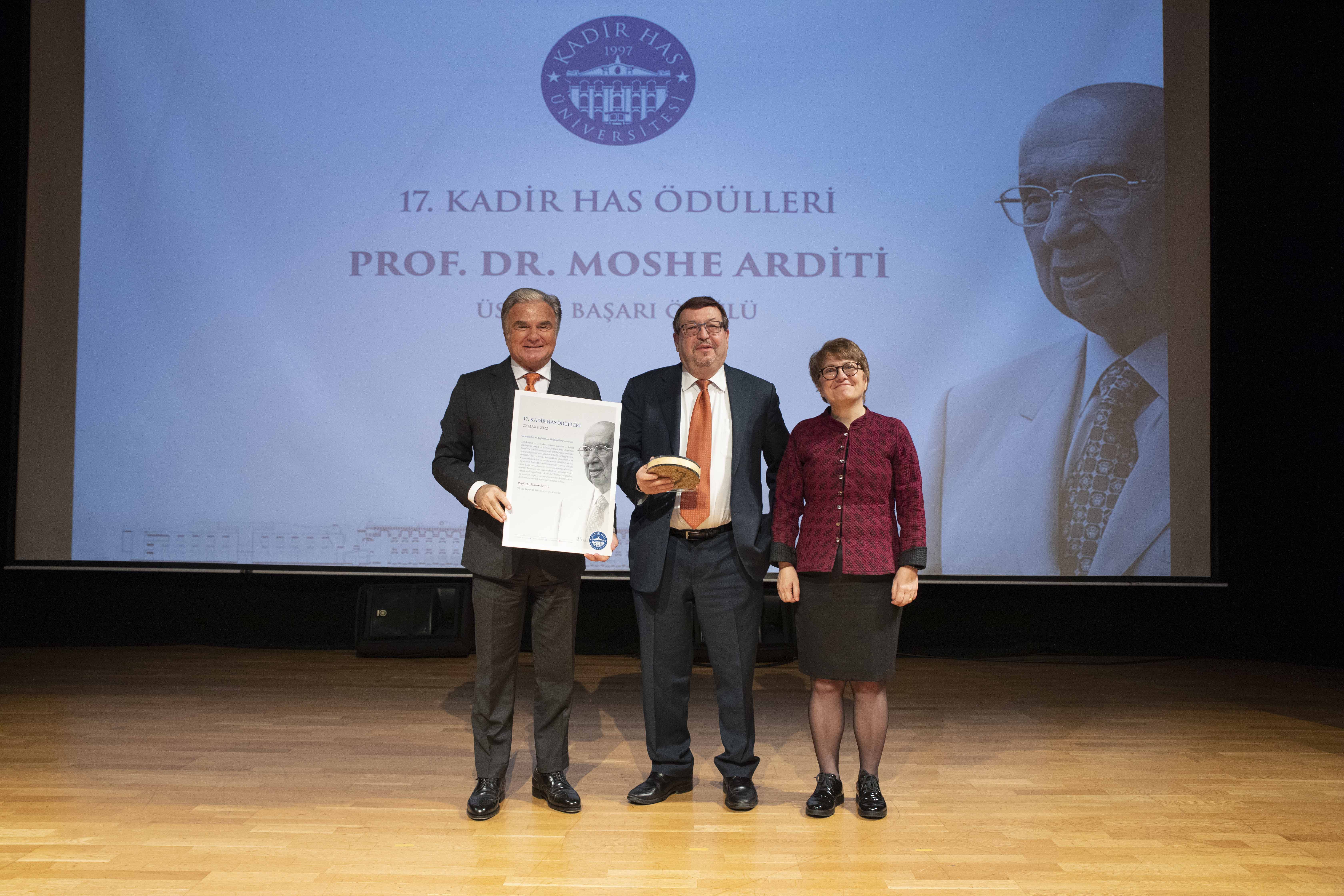 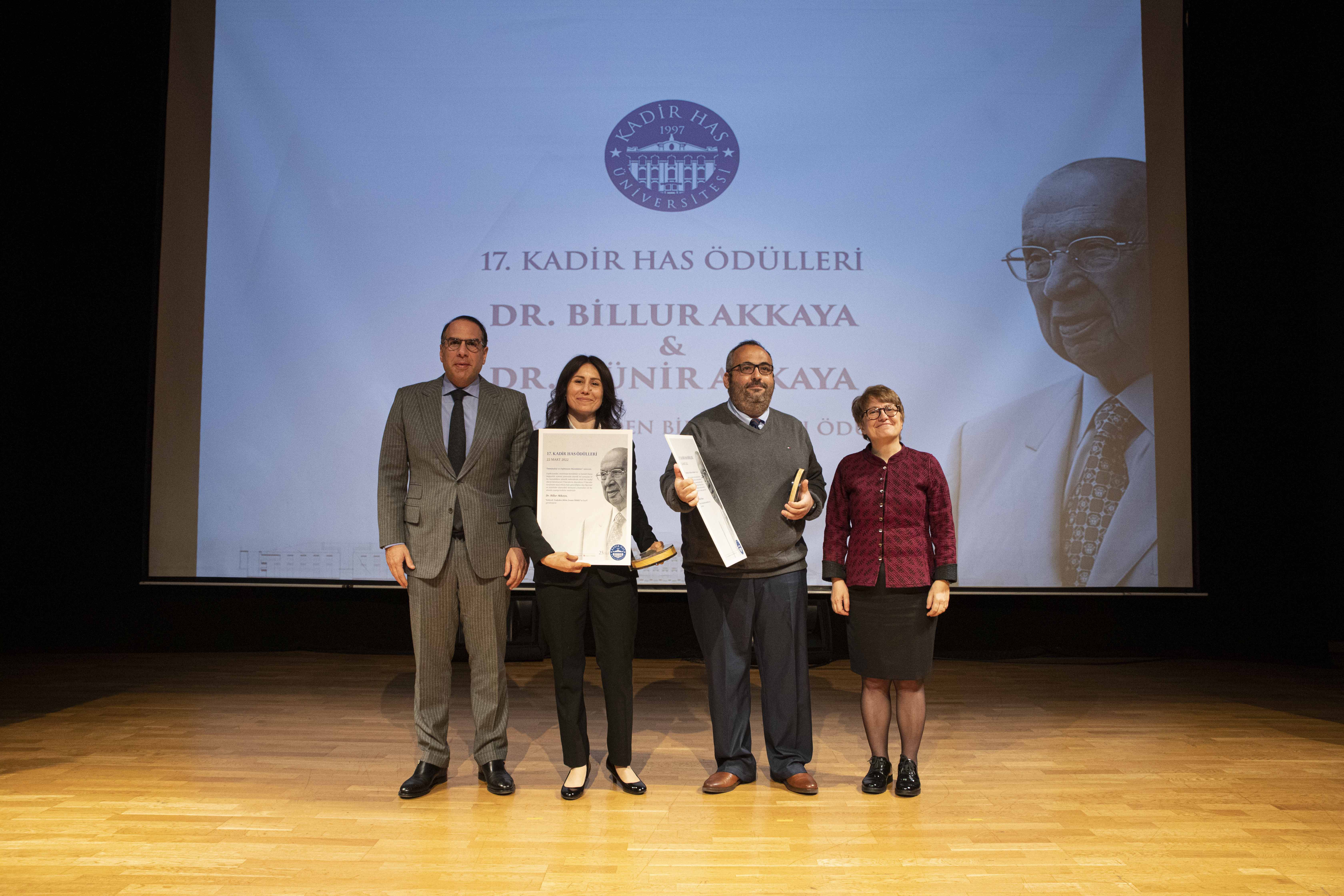 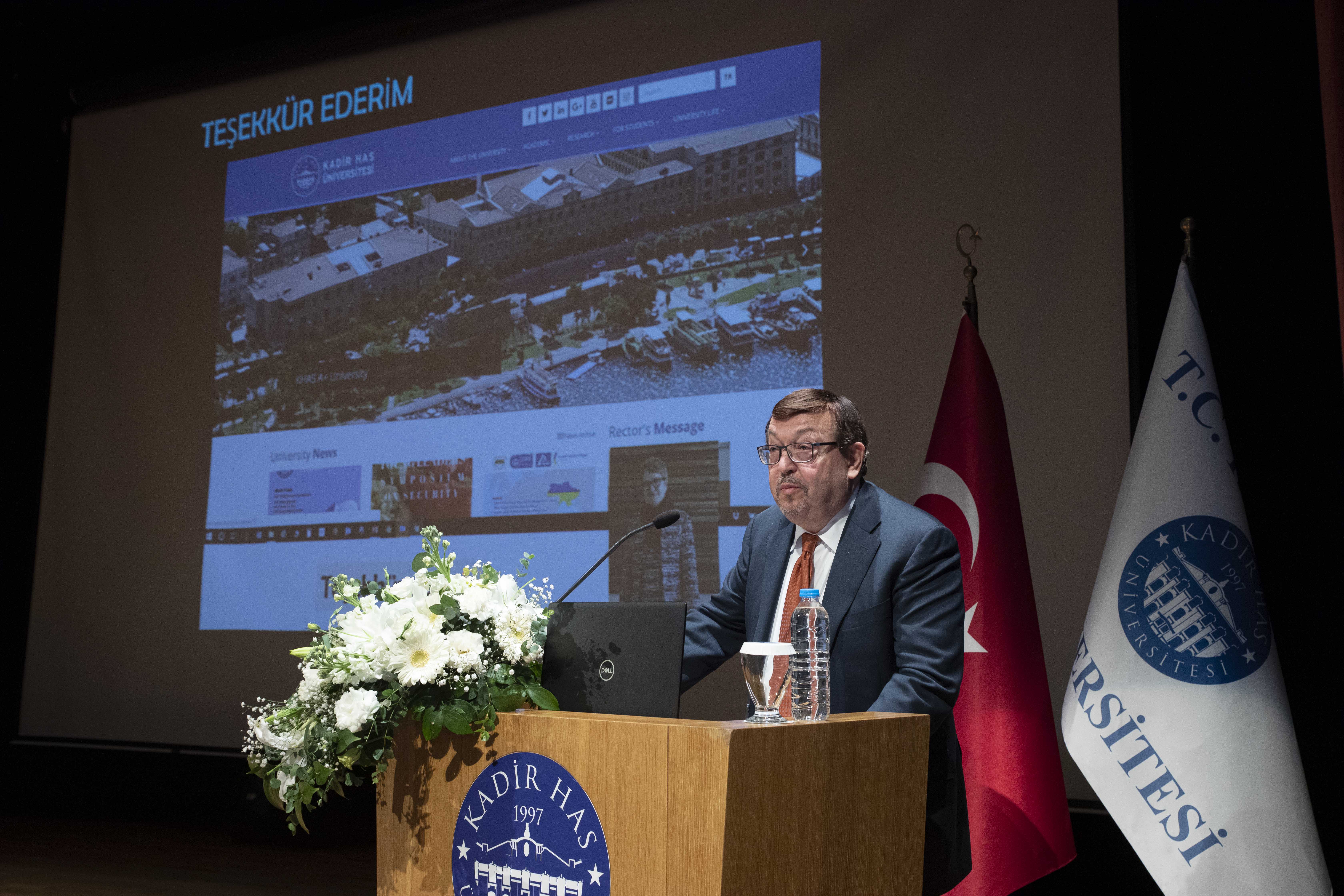 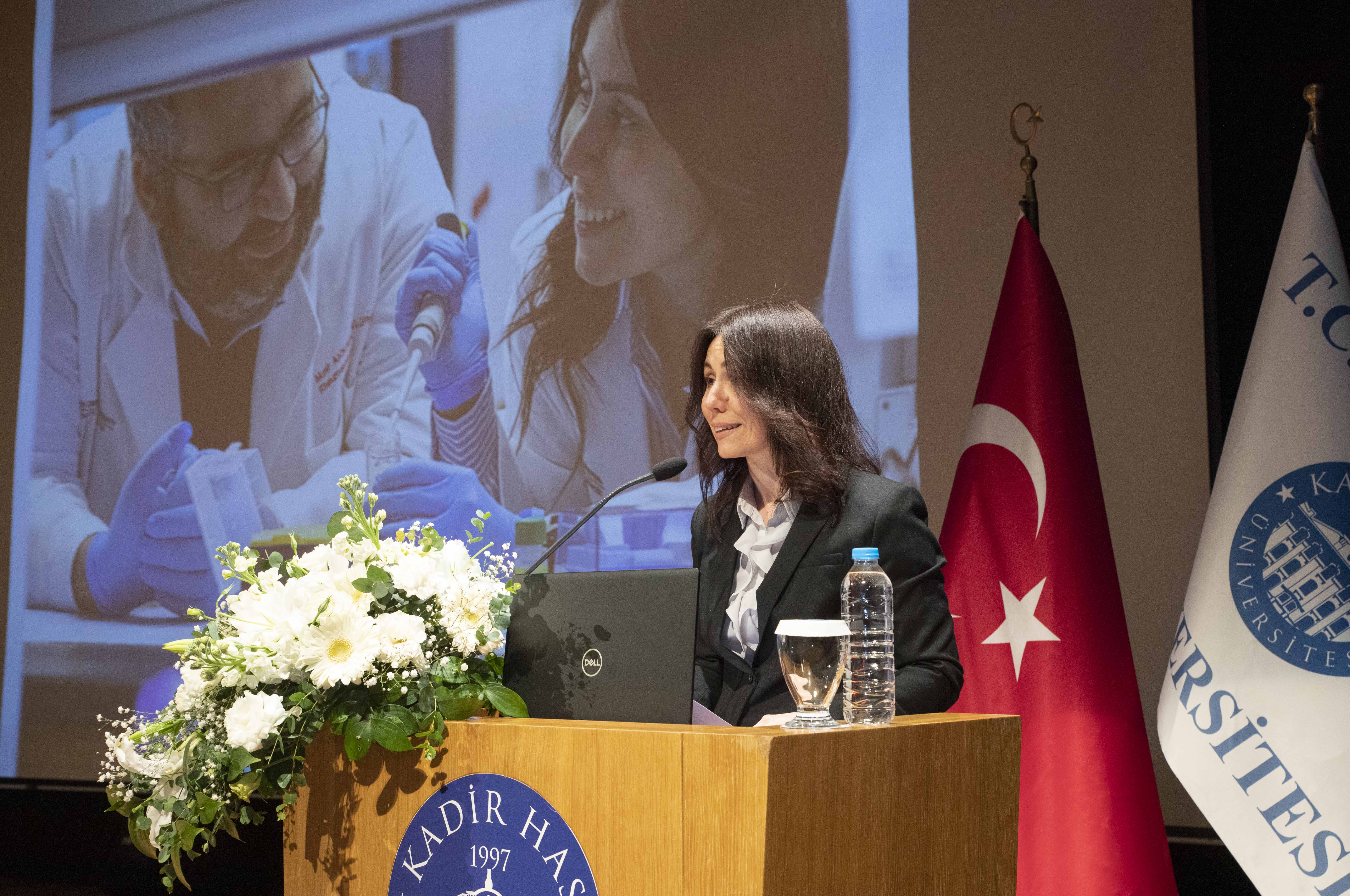 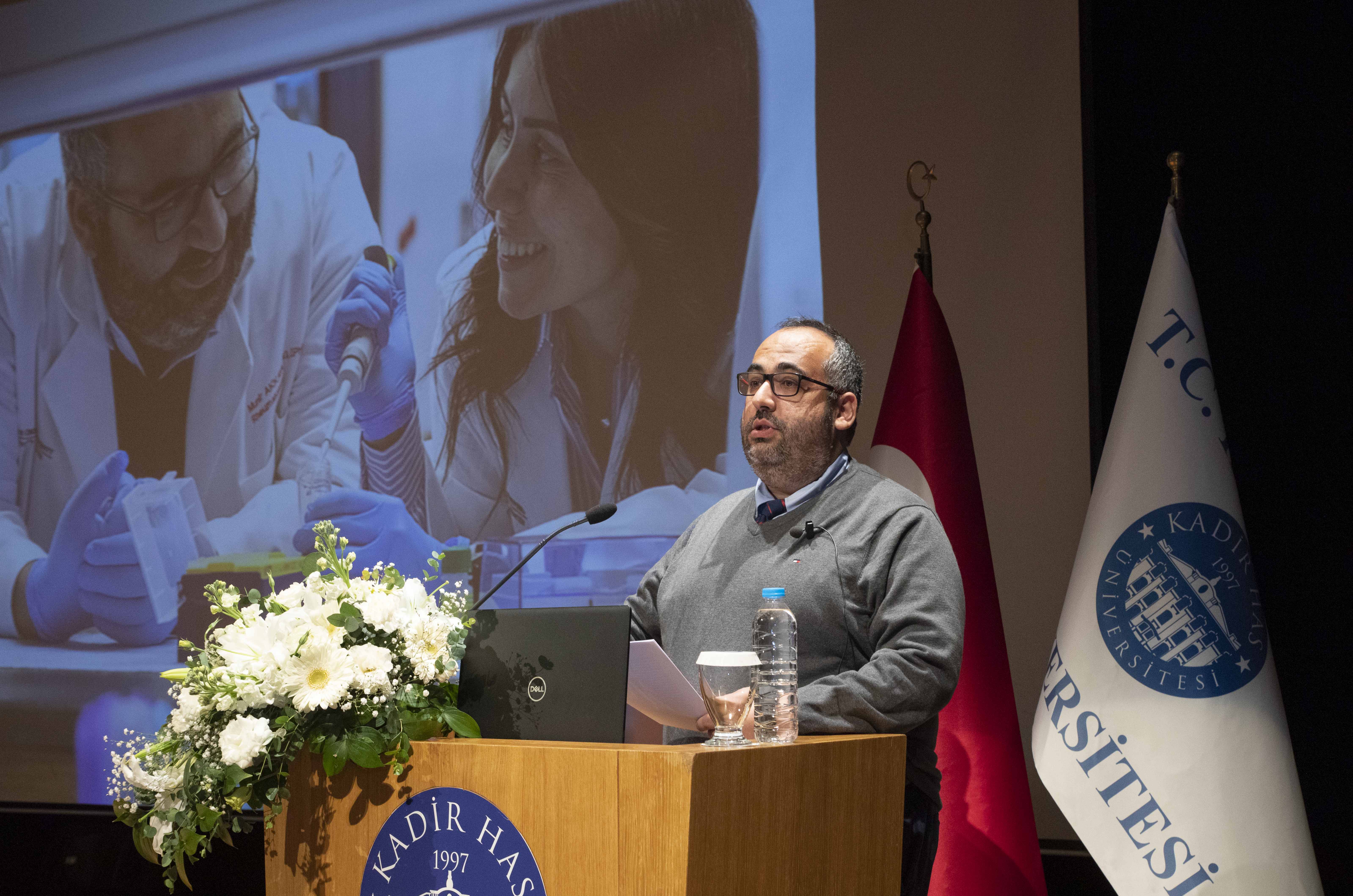 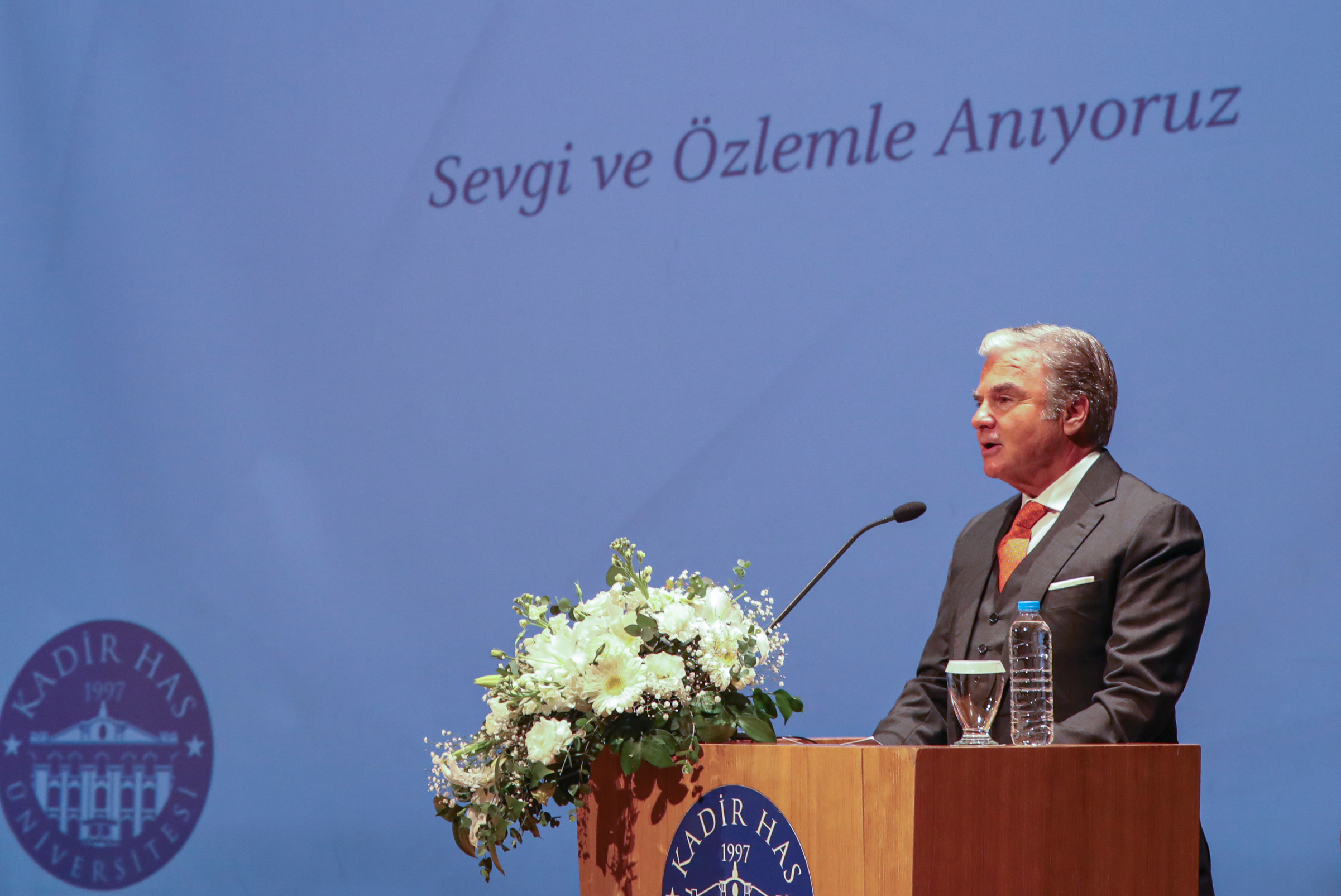 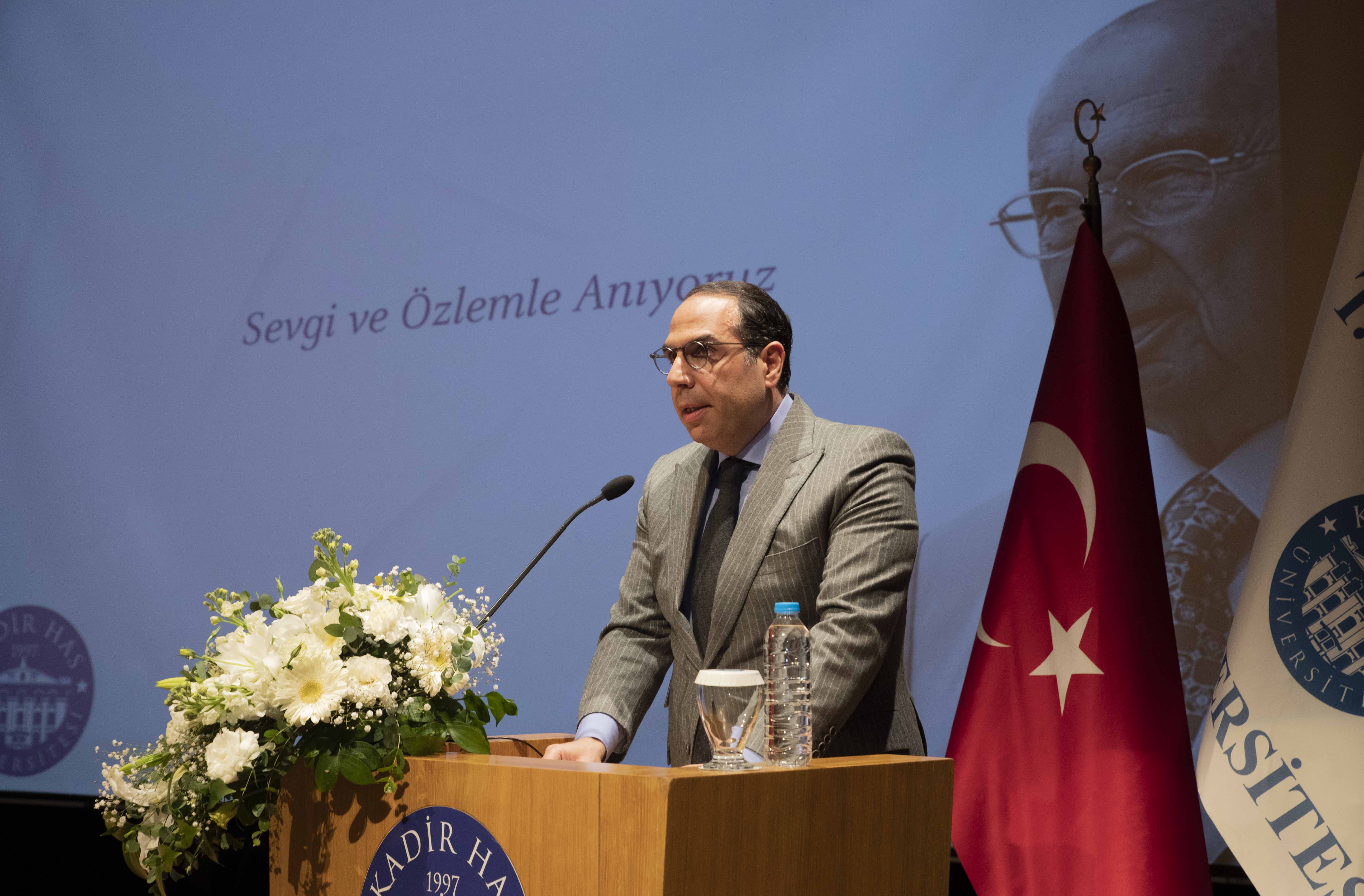 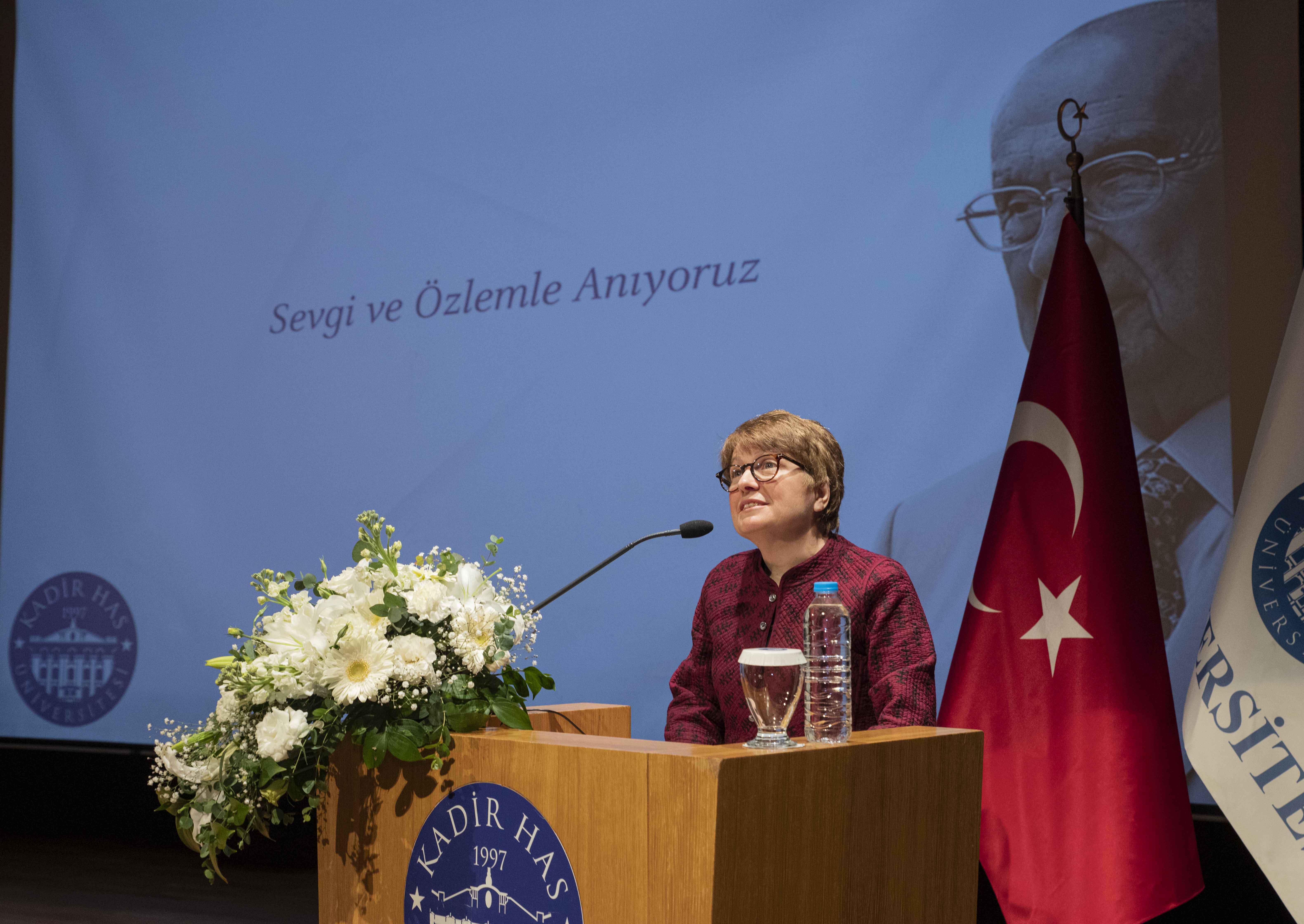