KHAS Made Its Mark At the Golden Oranges 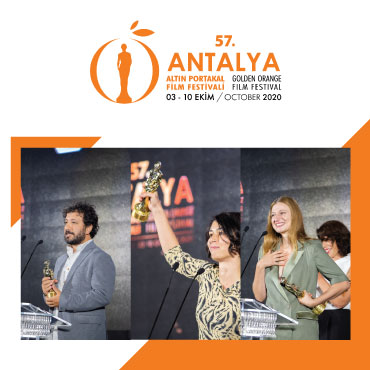 Kadir Has University made its mark in the 57th Antalya Golden Orange Film Festival’s award ceremony, held on September 10th, with its staff and graduates.

A lecturer from the Department of Radio, Television, and Cinema, Tunç Şahin was awarded with the Best Scenario Reward with his film “İnsanlar İkiye Ayrılır”, while Hayk Kirakosyan was awarded with the Best Director of Cinematography with his film “Gölgeler İçinde”. Sümer Tilmaç Antalya Film Support Fund Pitching Platform Award, dedicated to the memory of master player Sümer Tilmaç, who encouraged filming in Antalya and passed away three years ago, as part of the Antalya Film Forum Awards, announced past week during the festival was given to the film project “Gündüz Apollon Gece Athena” to be directed by Emine Yıldırım from the RTC Department.

Also, Mamaville directed by Su Baloğlu, our graduate with master’s degree from the Department of Cinema and Television, was chosen to be the Best Short Film while Ayris Alptekin, a graduate from the Film and Drama Master’s Degree Program and a doctoral student in the Communication Sciences was awarded with the Best Fiction Award with her performance in the Best Film “Hayaletler”. Nezaket Erden, another graduate from the Film and Drama awarded with the Best Supporting Actress Award with her role in "İnsanlar İkiye Ayrılır".

“Ondan Bahsetmiyorum”, produced by Beste Yamalıoğlu and directed by Ayris Alptekin, doctoral students in the Communication Sciences was a contestant in the National Short Film category.