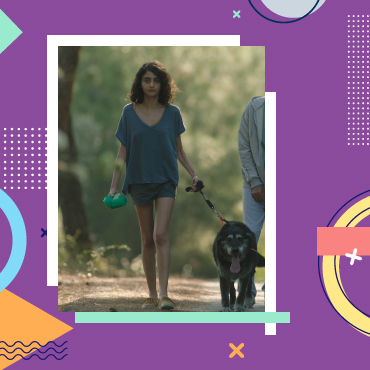 İlayda Elhih, 2018 graduate of KHAS Theatre Department, won the Best Actress Award in the National Competition section of the 40th Istanbul Film Festival organized by İKSV for her role in the movie "Geranium" (Sardunya).

The jury gave awards in 9 categories. Ms. Elhih shared the Best Actress Award with Ms. Asiye Dinçsoy from the movie "It's All About Peace and Harmony" (Dirlik Düzenlik). Salih Güney presented the awards to the actresses.

Just before her final exams, 19-year-old Defne has to return to her hometown after her father suffers a stroke. His rehabilitation sessions will give the pair a chance to heal their fragile relationship. Slowly drawn into a family drama in this Mediterranean town, she witnesses her aunt’s suicide by unprescribed pills she has provided. Buried under her guilty conscience, she slowly finds herself losing her innocence and questioning her own notion of justice.