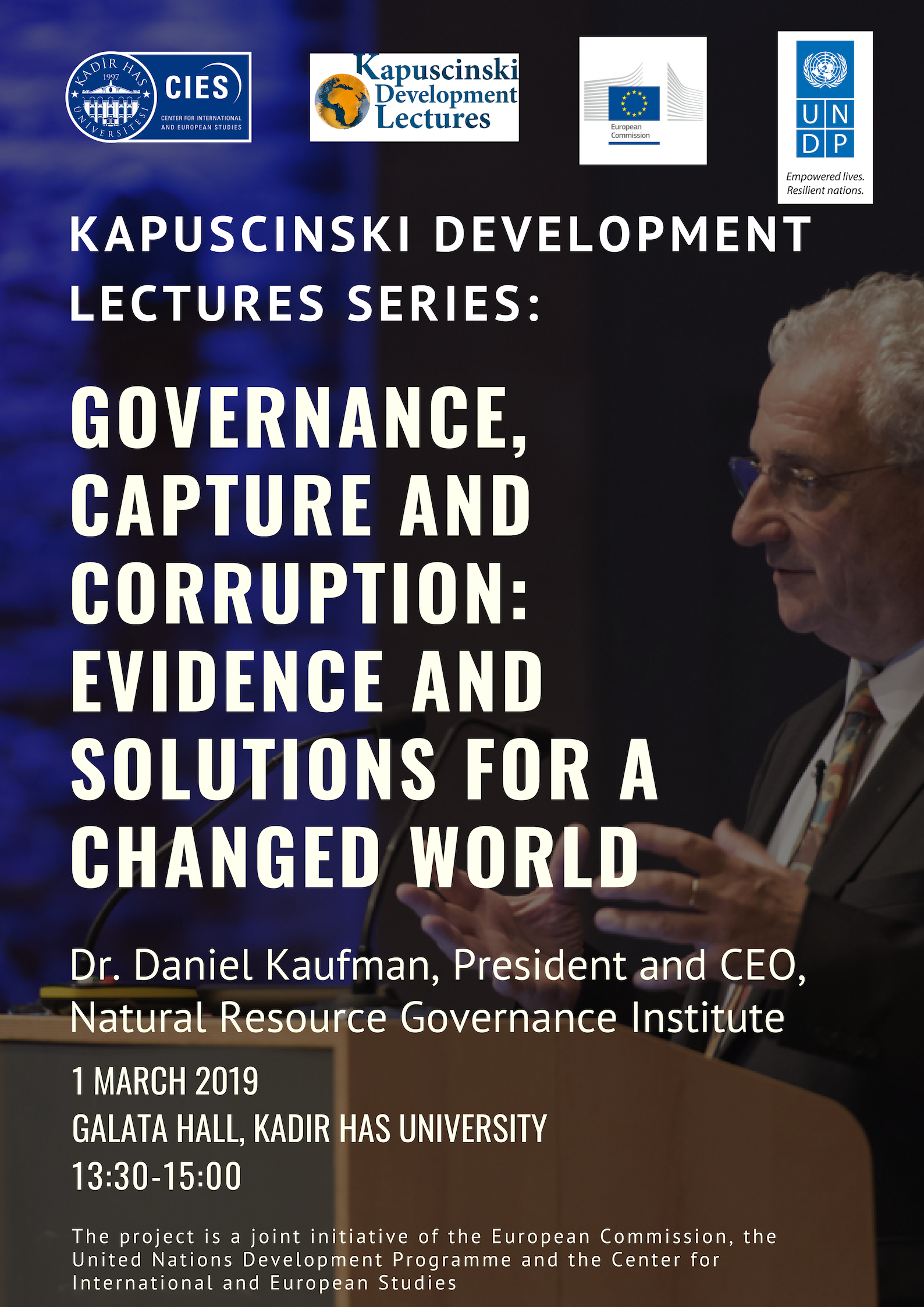 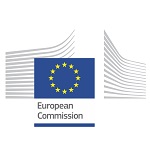 The Center for Internal and European Studies in partnership with the European Commission and the United Nations Development Programme held a Kapuscinski Development Lectures on Friday, 1 March at 13:30-15:00 at Kadir Has University’s Galata Hall. Daniel Kaufmann, head of the Natural Resource Governance Institute and former director of the World Bank Institute spoke about bad governance and corruption affecting development.

Based on Daniel Kaufmann’s prior estimates, the International Monetary Fund (IMF) reports that annually about USD 2 trillion is lost due to corruption and bribery every year, exceeding 2 percent of global GDP. This work contributed to the IMF’s position that the challenge of corruption is “macro-critical” and to its recent engagement on the topic. The United Nations and its constituents have also become more explicit in their attempts to address misgovernance and corruption, which are part of Sustainable Development Goal 16 on strengthening institutions.

The Panama Papers leak as well as multi-billion-dollar scandals (such as “Lava Jato” in Latin America and bribery cases involving international oil companies in Nigeria) illustrate the interconnected, global nature of corruption, and its costs to society and development.Corruption has persisted over time, yet its form and manifestations have changed, necessitating a new approach to fighting it. Both “state capture” and corruption in the natural resource sector, among others, warrant increased attention. And from a broader governance perspective, the current threats to civil liberties, democratic values and rule of law in many countries require attention and action.

The project is a joint initiative of the European Commission, the United Nations Development Programme and the Center for International and European Studies.

Press Coverage of the Event 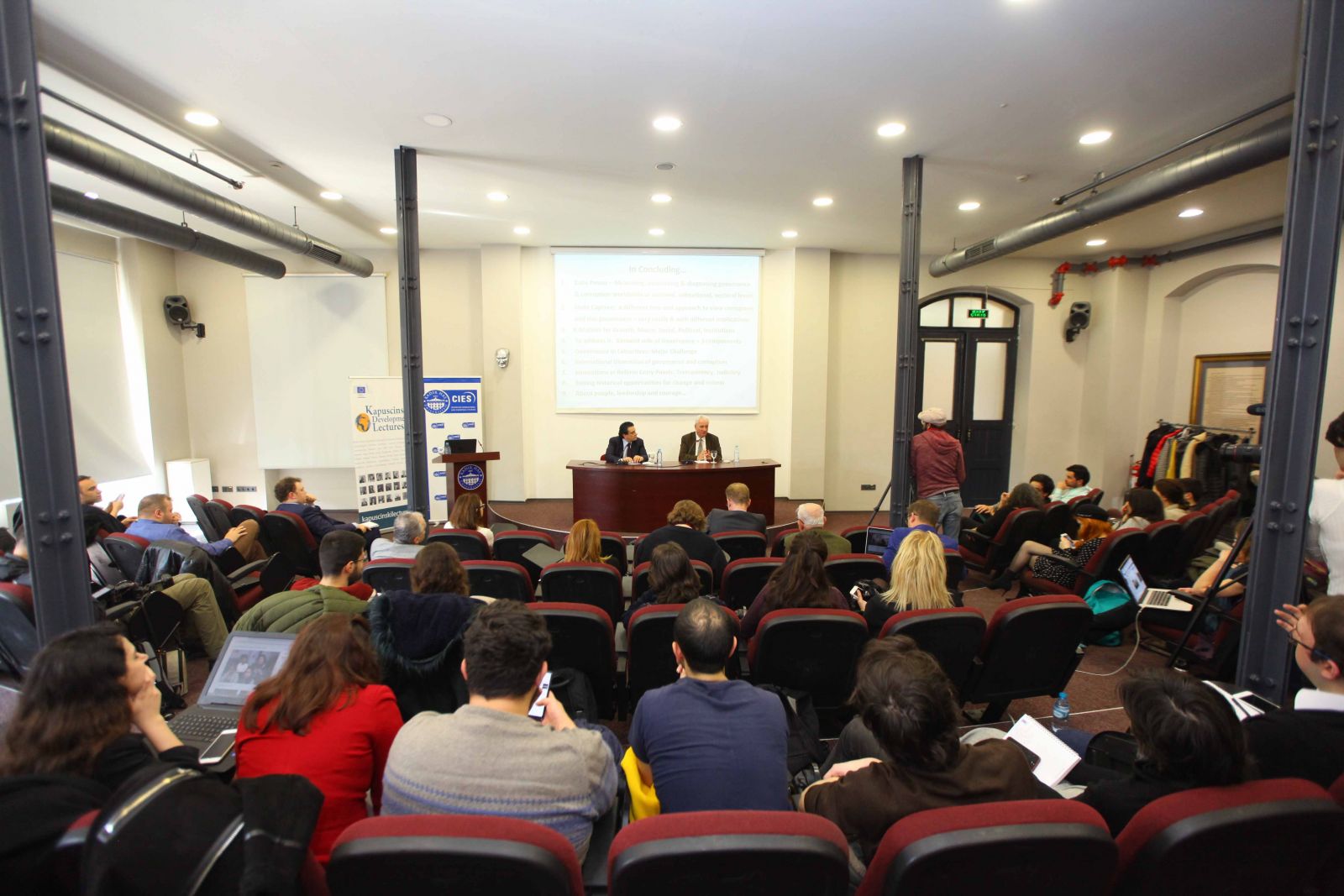 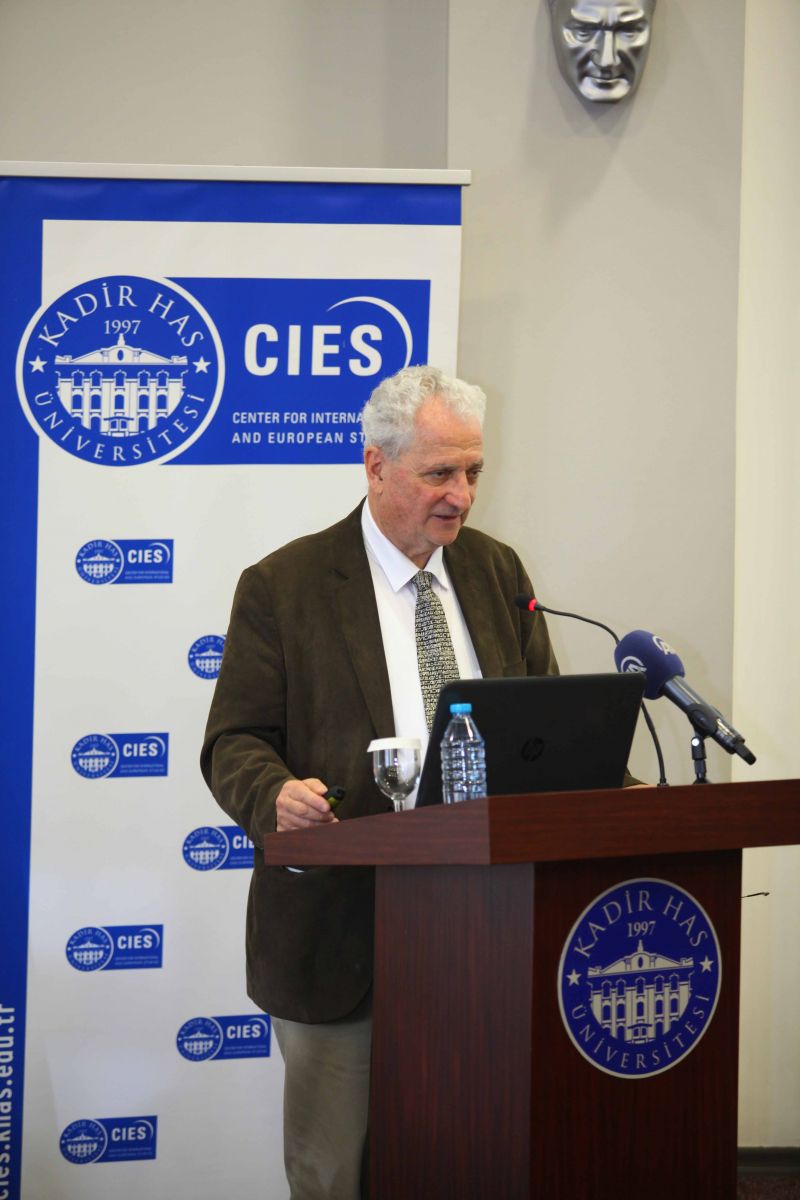 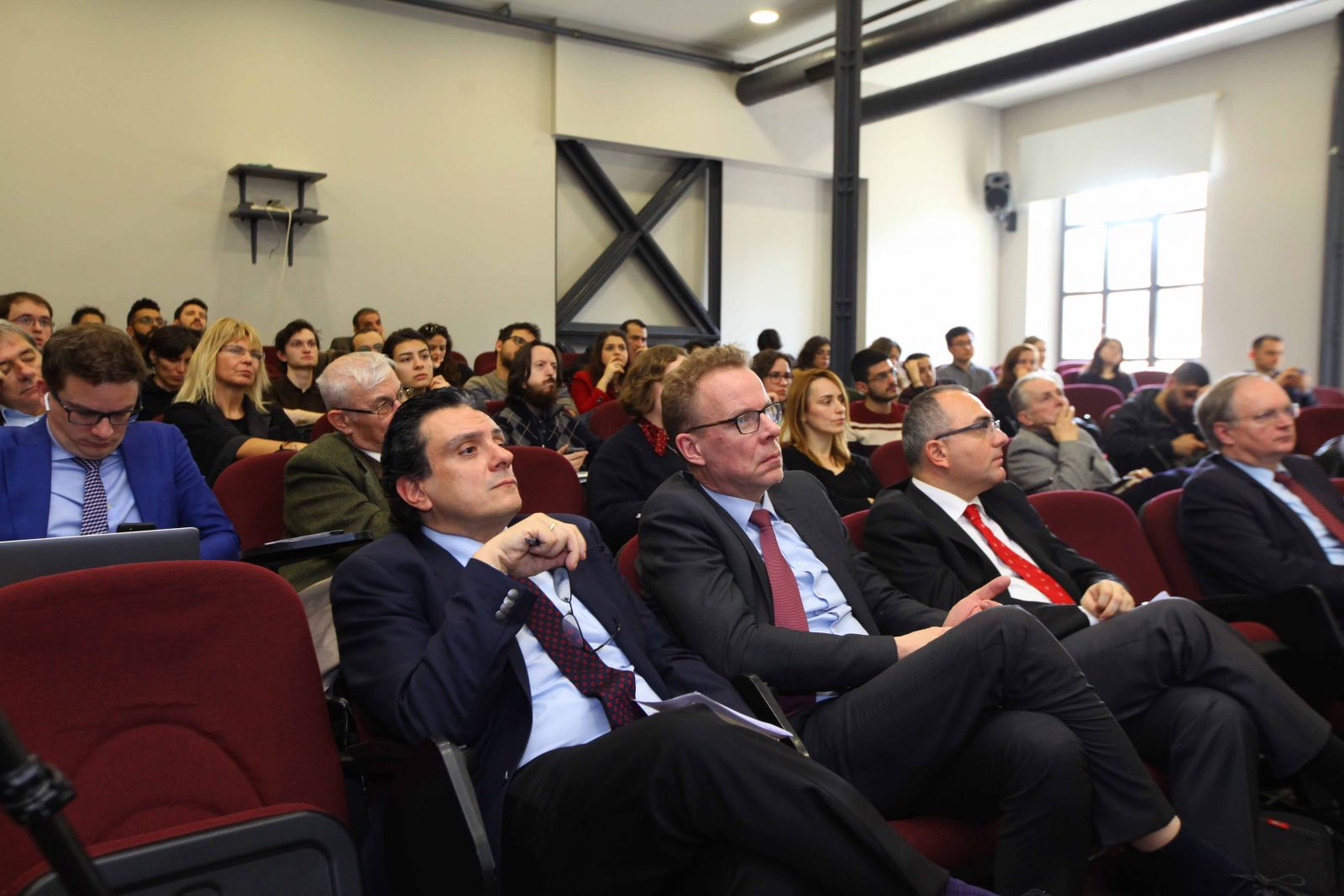