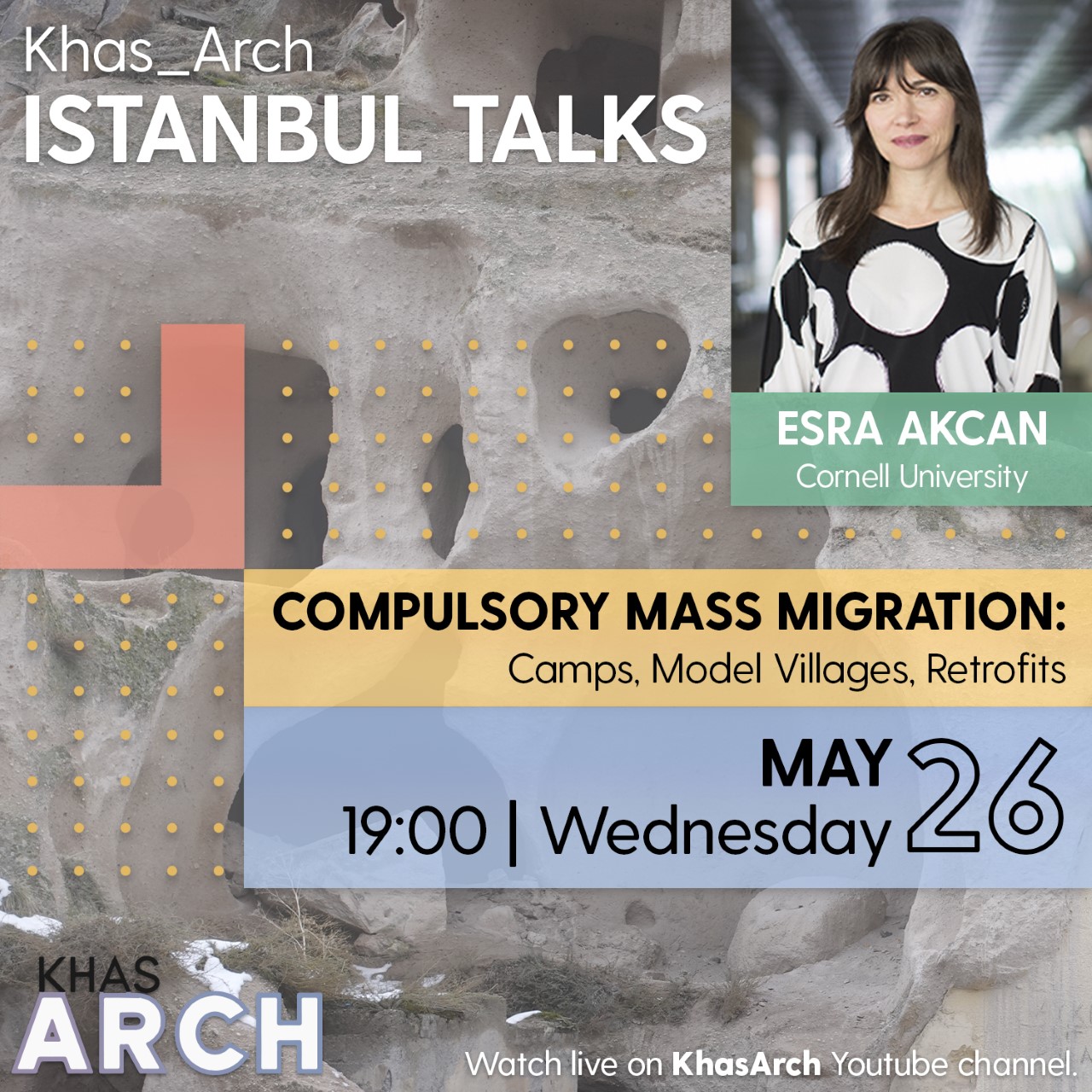 This talk will be moderated by Ufuk Soyöz from KHAS Architecture Department and will be broadcast live on KhasArch Youtube channel.

In the fifth of Spring Talks series Esra Akcan will explore architectural programs of reparation by defining a healing space as one where political harm is confronted. It particularly raises the right-to-heal after massive mass migrations during nation-state formations, such as the partitions between Greece and Turkey, and India and Pakistan. It concentrates on the recovery from the “Exchange of Populations” treaty (1923) that divided the communities residing in thousands of villages and towns into two purified categories between Greece and Turkey. It discusses the residues of this historical wound today, by contrasting the state-led religio-nationalist policies on the one hand, and the practice of a handful architects, residents and stonemasons, who struggle toward healing through architecture on the other hand.

Esra Akcan is Michael McCarthy Professor in the Department of Architecture and the Director of IES at the Einaudi Center for International Studies at Cornell University. Her research on modern and contemporary architecture and urbanism foregrounds the intertwined histories of Europe and West Asia, and offers new ways to understand architecture’s role in global, social and environmental justice. Akcan received awards and fellowships from the Radcliffe Institute for Advanced Studies at Harvard University, Graham Foundation (3 times grantee), American Academy in Berlin, UIC, Institute for Advanced Studies in Berlin, Clark Institute, Getty Research Institute, Canadian Center for Architecture (2 times scholar), CAA, Mellon Foundation, DAAD and KRESS/ARIT.

She is the author of Landfill Istanbul, Architecture in Translation, Turkey: Modern Architectures in History (with Sibel Bozdoğan); Open Architecture: Migration, Citizenship and Urban Renewal of Berlin-Kreuzberg. Her upcoming books are Building in Exile, Abolish Human Bans and Right to Heal.