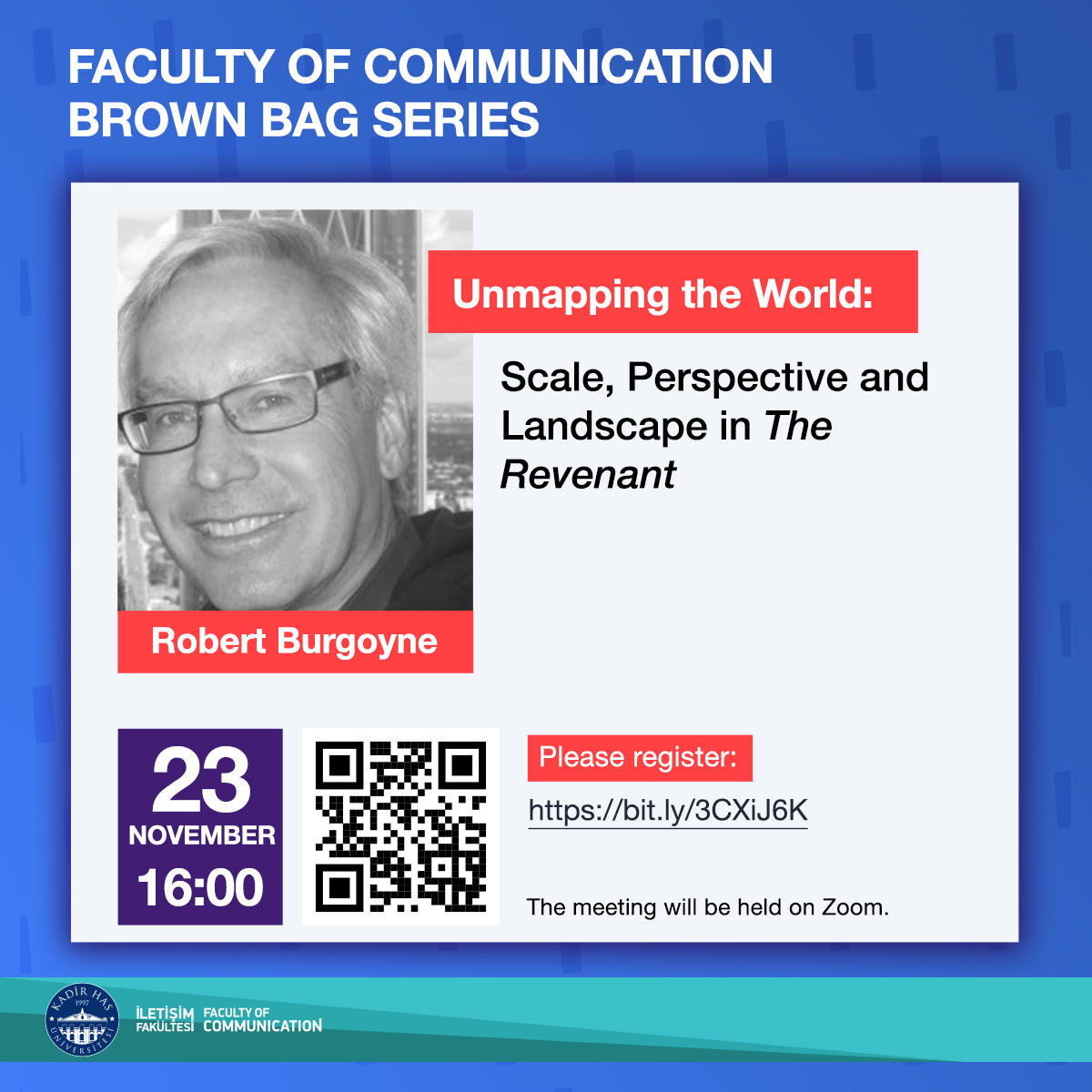 Prof. Burgoyne’s talk is entitled "Unmapping the World: Scale, Perspective and Landscape in The Revenant."

The talk will take place on Zoom.

Juxtaposing panoramic vistas of natural grandeur with extreme close-ups of human eyes and mouths, The Revenant (2015) appears, at one level, as a kind of origin story, depicting the beginnings, in 1823, of the long western history of pathogenic assaults on the land. From the first scene to the last, the film shows western hunters, trappers, and soldiers traversing a primeval world of startling beauty with blood on their hands and their minds, laying waste to the beasts of the forest, the Native Americans they encounter, and each other. On another level, however, the film's formal patterning communicates a different message, moving away from narrative and diegetic exposition altogether to explore a specifically cinematic experiment in scale and landscape, an exploration that at times seems to collapse the barrier between the spectator and the diegetic world. In its exploration of radical scales and the disorientation that occurs with each shift, the film foregrounds a viewing experience that I will describe as an unmapping, as our sense of location is no sooner established than we are dislocated, flung into an unexpected perceptual universe where we are challenged to find our place.

Robert Burgoyne is a writer and lecturer whose work centers on the theory and representation of history in film. The author of five books and numerous essays, his work has been translated into nine languages. He was formerly Chair in Film Studies at The University of St. Andrews and Professor of English and Film Studies at Wayne State University. He is currently working on a book-length project provisionally titled War and Cinema in the Shadow of 9/11.