2 KHAS Members in the List of Most Influential Scientist Worldwide 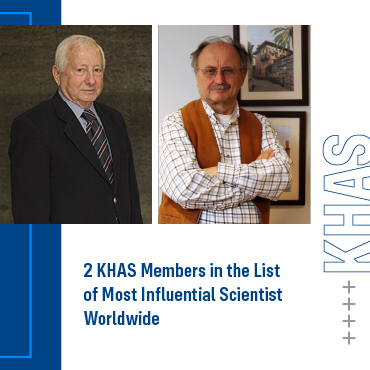 Prof. Dr. Yücel Yılmaz and Prof. Dr. Önder Pekcan were named in the list of most influential scientists worldwide, prepared by a team including researchers from the US and Netherlands.

2 scientists from Kadir Has University were named in the list of most influential scientists, prepared for 22 departments and 176 sub-departments through use of composite indicator scientific impact index comprising variables such as number of scientific articles, number of references, author rank by a team including researchers from the US and Netherlands.

Including Kadir Has University Board of Trustees’ member and former rector Prof. Dr. Yücel Yılmaz in the field of Earth and Environmental Sciences and Bioinformatics and Genetics Department Faculty Member Prof. Dr. Önder Pekcan in the field of Chemistry, the list was generated through evaluation of performance of about 7 million scientists from 22 departments and a total of 196 scientists from Turkey were named among 100,000 people in the top ranks.