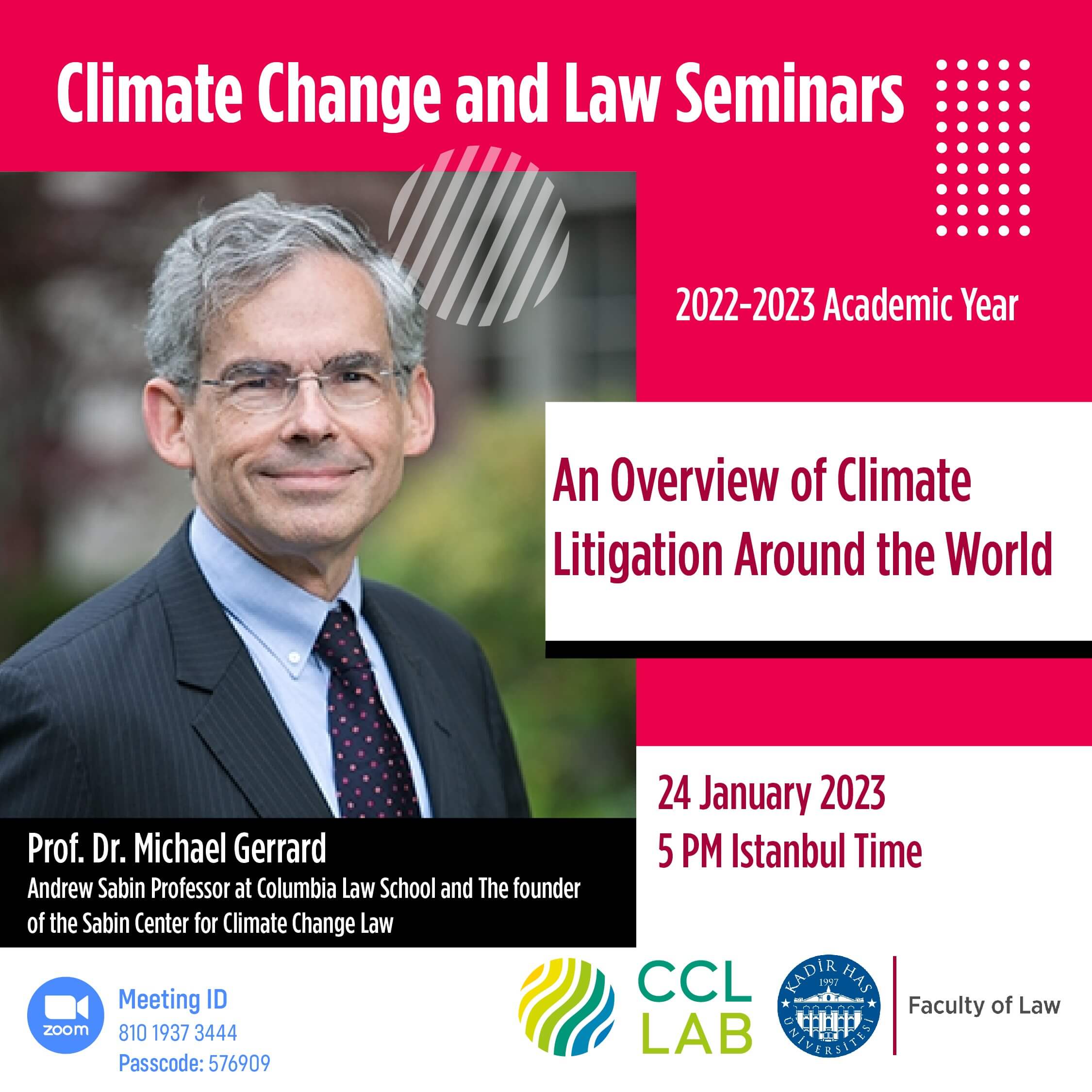 Michael B. Gerrard is Andrew Sabin Professor of Professional Practice at Columbia Law School, where he teaches courses on environmental and energy law and founded and directs the Sabin Center for Climate Change Law.   He is also a member and former Chair of the Faculty of Columbia’s Earth Institute. He received his B.A. from Columbia University and his J.D. from NYU Law School. Before joining the Columbia faculty in January 2009, he was partner in charge of the New York office of the Arnold & Porter law firm; he is now Senior Counsel to the firm.  He practiced environmental law in New York City full time from 1979 to 2008. He was the 2004-2005 chair of the American Bar Association’s Section of Environment, Energy and Resources.  He has also chaired the Executive Committee of the New York City Bar Association, and the Environmental Law Section of the New York State Bar Association.

Since 1986, Gerrard has written an environmental law column for the New York Law Journal.  He is author or editor of thirteen books, two of which were named Best Law Book of the Year by the Association of American Publishers: Environmental Law Practice Guide (twelve volumes, 1992) and Brownfields Law and Practice (four volumes, 1998). Among his other books are Global Climate Change and U.S. Law (with Jody Freeman) (2d ed. 2014); Law of Clean Energy (2011); Climate Engineering and the Law: Regulation and Liability for Solar Radiation Management and Carbon Dioxide Removal (with Tracy Hester 2018); and Legal Pathways to Deep Decarbonization in the United States (with John Dernbach 2019).

The event will be held in English and open to the public. No formal registration is required, but we would appreciate it if you confirm your participation by sending an e-mail to ccllab@khas.edu.tr.

Kadir Has University's website uses cookies to provide an adequate user experience (Cookie Policy). You can view the Informative Text on the PPD Law (KVKK) within the scope of the law on protecting personal data here.
No, Thanks.Accept
Manage consent